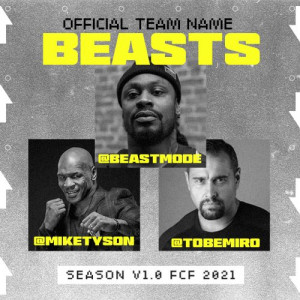 Fan Controlled Football (FCF), the only professional sports league that enables fans to call the plays in real-time, today announced FCF Season v1.0 will launch in February 2021. The league’s premiere season will feature four teams stacked with pro-caliber athletes battling it out over a six-week schedule and will be live-streamed exclusively on Twitch, a premier live, interactive streaming service with content that spans gaming, sports, entertainment, music, and more.

Creative designs for team logos are now being accepted, and fans will be able to vote for their preferred logos through November 23, with the final unveiling on November 30.

Jerry Milani is a freelance writer and public relations executive living in Bloomfield, N.J. He has worked in P.R. for more than 30 years in college and conference sports media relations, two agencies and for the International Fight League, a team-based mixed martial arts league, and now is the PR manager for FAN EXPO, which runs pop culture and celebrity conventions across North America. Milani is also the play-by-play announcer for Caldwell University football and basketball broadcasts. He is a proud graduate of Fordham University and when not attending a Yankees, Rams or Cougars game can be reached at Jerry (at) JerryMilani (dot) com.
@gbpackjerry
Previous MSG Networks Announces New Weekday Morning Show, MSG A.M.
Next Wolf Athletics Joins The National Lacrosse League As An Official Sponsor