MLB Strikes To Protect The Game… 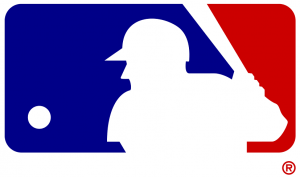 How valuable is data, especially in the fast growing markets of daily fantasy and sports gambling on a global scale? Some may say millions, if not billions, some may say its invaluable. Now it appears leagues in the US are following the path of those in markets where legal sports betting takes place to make sure their game, those who play, and the reputation of their sport is more safe and secure than ever before.

On Wednesday, Major League Baseball became the first U.S.-based league to engage with a global data and event reputation protection company, UK-based SportIM. The deal, will have SportIM track millions of pieces of data, much of it in legal betting markets, as well as other intelligence in the field, all in real time, to see if there are any improprieties going on that MLB officials should know about.

Similar to the securities industry, SportIM will give baseball an independent third party dive into all the goings-on to make sure the game is safe and scandal free, and can point out any red flags should issues arise. If is similar to what the company, which recently opened an office in Washington, DC, does  for the EPL, Euroleague Basketball and the Football Association, among others.

“We are proud to be able to begin the expansion of our business in North America and look forward to a long relationship with MLB. It is reassuring to know that forward thinking organisations such as MLB are actively taking steps on how to best safeguard their competitions and implement effective measures in this environment to prevent any issues,” said Mark Locke, CEO at SportIM in a release Wednesday.

This move is the latest, but not the only move to better protect data that American sport is undertaking. A few weeks ago several NBA owners, including Ted Leonsis and Mark Cuban, made an investment in Sportradar, a company that handles large amounts of sports data for leagues and broadcasters, but who also has an invested part of protecting data of their global sports clients.

All of these steps come at a time in the U.S. where sports gambling and daily pay fantasy sports are grabbing more and more headlines as the stakes rise, and in some cases, a lack of third party monitoring has created the illusion of inappropriate actions going on. The Fantasy Sports Trade Association recently announced the establishment of new guidelines to avoid such issues, but baseball, and probably other sports, are not going to sit still and wait for damage to occur to their game, hence the proactive announcement today.

“Major League Baseball is pleased to work with Sport Integrity Monitor in this vital area, as this partnership will be an essential part of our initiatives to protect the game’s integrity,” added MLB’s Dan Halem in the release today.  “We look forward to making use of SportIM’s expertise and market-leading monitoring solutions in order to ensure that we have accurate and timely intelligence.”

An intelligent move for MLB, certainly one that protects the billion dollar assets of the game.

Jerry Milani is a freelance writer and public relations executive living in Bloomfield, N.J. He has worked in P.R. for more than 30 years in college and conference sports media relations, two agencies and for the International Fight League, a team-based mixed martial arts league, and now is the PR manager for FAN EXPO, which runs pop culture and celebrity conventions across North America. Milani is also the play-by-play announcer for Caldwell University football and basketball broadcasts. He is a proud graduate of Fordham University and when not attending a Yankees, Rams or Cougars game can be reached at Jerry (at) JerryMilani (dot) com.
@gbpackjerry
Previous See Ya! Charity Roast of Michael Kay Tuesday At Yogi Berra Museum In N.J.
Next For The Record-Harlem Globetrotters Set Seven Guinness World Records® Records