Jerry Milani October 11, 2018 News, On The Air Comments Off on EPIX® To Air Final Fight Of ‘The Contender’ Live From Los Angeles 1,270 Views 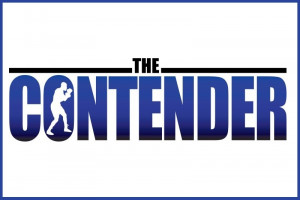 On Friday, November 9 at 10pm ET/7pm PT, premium pay television network EPIX® will air the finale of The Contenderlive from the “Fabulous” Forum in Los Angeles. In the two-hour special episode, the final fight will showcase the end of a long journey for two fighters, one of whom will be crowned the new 160-pound middleweight champion of The Contender and awarded a $250,000 prize during the live finale.

Tickets will be available for purchase to the general public at ticketmaster.com beginning Friday, October 12 at 12pm PT.

The two finalists will be revealed in the series’ last pre-taped episode, airing Friday, November 2 @ 9pm.

The 12-episode boxing competition series premiered Aug. 24, 2018 at 9 pm ET/PT and is hosted by undefeated boxing champion Andre “Son of God” Ward.The Contender is the first-of-its-kind documentary series on EPIX®, with the fights in each episode airing unedited and in their entirety throughout the season.

“Boxing goes hand-in-hand with premium television, and there’s no better way to experience the sport than by watching the drama unfold in real-time,” said Michael Wright, President, EPIX. “The Forum in Los Angeles has been home to some of boxing’s most preeminent fights. This opportunity gives the contenders the platform they deserve, and fight fans an adrenaline-filled, live experience they weren’t expecting.”

“There is nothing like live television when it comes to a boxing match and to have The Contender LIVE from the Forum is the perfect ending for this series.” said Burnett, Chairman of Worldwide Television Group, MGM.

The series highlights 16 fighters, divided into two teams that live and train together under the guidance of legendary boxing coach Freddie Roach and renowned Philadelphia trainer Naazim Richardson. Each week sees the fighters pushing their skills, strength and endurance as they prepare for their weekly elimination fights and the hopes of living out their boxing dreams.

Eric Van Wagenen serves as executive producer and showrunner of the revived franchise alongside Mark Burnett. The format is owned by MGM Television and Paramount Television.

Jerry Milani is a freelance writer and public relations executive living in Bloomfield, N.J. He has worked in P.R. for more than 30 years in college and conference sports media relations, two agencies and for the International Fight League, a team-based mixed martial arts league, and now is the PR manager for FAN EXPO, which runs pop culture and celebrity conventions across North America. Milani is also the play-by-play announcer for Caldwell University football and basketball broadcasts. He is a proud graduate of Fordham University and when not attending a Yankees, Rams or Cougars game can be reached at Jerry (at) JerryMilani (dot) com.
@gbpackjerry
Previous Author Staubach Grimes Leans On Dad’s Lessons In Second ‘Pidge’ Book
Next Award-winning documentary F(L)AG FOOTBALL scores with iTunes and Amazon