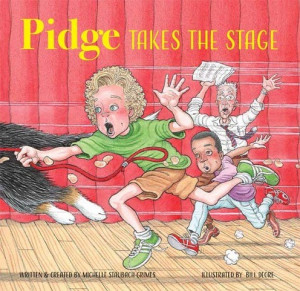 Michelle Staubach Grimes, daughter of Dallas Cowboys great and Heisman Trophy winner Roger Staubach, has released the second book in her children’s illustrated series, titled Pidge Takes the Stage. While sports aren’t the driving force behind the Pidge titles, Staubach Grimes incorporated lessons that her father and family taught her in succeeding in life.

Grimes, who debuted Where is Pidge? in March 2015, discussed her new book and some of what her father’s influence has meant to her writing in an interview via email with SportsMedia Report.

SportsMedia Report: Your father is one of the most revered players, on and off the field, in NFL history. What lessons did he teach you that are incorporated into your books?

Michelle Staubach Grimes: My dad taught me the importance of hard work, not giving up, and honesty. In my recent children’s book titled – Pidge Takes the Stage – I use one of his quotes. I asked him about what football training camp was like, and he said, “unspectacular preparation equals spectacular results.” It’s such an important lesson and relevant to the children I read my book to, as well as to adults in our day-to-day lives. He had to put in a lot of hard work all year long to win that Super Bowl. Often much of our day is unspectacular and even boring. I talk to children at schools about the importance of committing to their math work, reading, and any outside commitments. And if they put in the hard work and time, they too will get spectacular results. And they must not quit or give up.

SMR: What do you hope kids will get out of the Pidge series?

MSG: In my first book, Where is Pidge?, I hope children learn they are always loved, the importance of family, and that their feelings are real and should be validated.

In the second book, Pidge Takes the Stage; I hope children learn not to give up, follow their dreams, the importance of hard work, and friendship. 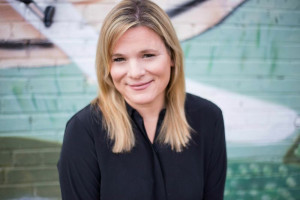 SMR: Henry Winkler’s popular “Hank Zipzer” series channels his experiences having grown up with dyslexia. What challenges did you face that you’ve incorporated into Pidge?

MSG: Some say we all have a core story. I believe my core story is the story of Pidge in “Where is Pidge?” Pidge is the middle child, left behind, and feels her family doesn’t love her. While I’m not technically the middle child, I was raised as a middle child. I have a sister two years older and a sister one year younger. Six years later my brother was born, and then two years later another sister. So growing up we were raised almost like two different families due to our age differences. I did feel lost in the shuffle often in our big family, and unsure about myself. It took a lot of years of school, graduate school, working, and being a mother until I believe I defined my true self. It’s a journey, and I’m still a work in progress. And I believe that is what Pidge is about – following her dreams, accepting who she is, and making the world a better place by the little things she does in life.

SMR: What role do sports play in the series, and do you see that increasing in future Pidge books?

MSG: Sports play a role in both books, but it’s not the major theme. In the first book, her brother plays football, the jersey is #12, and Pidge helps cheer the team up. In the second book, the reference to sports is not obvious. As mentioned earlier, my Dad’s quote about “unspectacular preparation equals spectacular results” is about playing football and working hard to win that Super Bowl. Sometimes I tell the kids it’s a quote from the sports world, other times I relate the quote to their school work, or whatever commitments they may have. Of course, there is a baseball in book two when Billy is fetching the ball with the dog. I probably can’t write a book without some sports reference as it’s been so much of my life, but I’m unsure if sports will increase in future books. That remains to be determined! But who knows – Pidge may try out for the football team one day!

Jerry Milani is a freelance writer and public relations executive living in Bloomfield, N.J. He has worked in P.R. for more than 30 years in college and conference sports media relations, two agencies and for the International Fight League, a team-based mixed martial arts league, and now is the PR manager for FAN EXPO, which runs pop culture and celebrity conventions across North America. Milani is also the play-by-play announcer for Caldwell University football and basketball broadcasts. He is a proud graduate of Fordham University and when not attending a Yankees, Rams or Cougars game can be reached at Jerry (at) JerryMilani (dot) com.
@gbpackjerry
Previous USFL’s Brief Spring Fling Chronicled In New Book
Next EPIX® To Air Final Fight Of ‘The Contender’ Live From Los Angeles