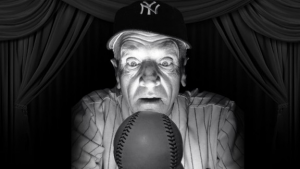 Baseball has always had supreme rulers. Even teams more known for their ineptitude – the St. Louis Browns and Chicago Cubs – once dominated America’s pastime.

As Casey Stengel said, you could look it up: The Browns won four straight pennants in the late 1880s and the pre-cursed Cubs won four pennants between 1906-10.

Of course, the Yankees, with 27 world championships, are widely acknowledged as baseball’s most dynastic franchise, beginning with their rush to greatness in the early 1920s.
But are baseball dynasties dead? If so, which team had the greatest?

An esteemed panel of baseball experts will debate “Reign Men” baseball’s best dynasties at the Yogi Berra Museum & Learning Center in Little Falls, N.J., on Sunday, May 22 at 2 p.m.

The panel includes: Marty Appel, one of America’s most informed baseball historians and author of “Pinstripe Empire: From Before the Babe to After the Boss;” Hal Bock, a longtime Associated Press sportswriter and author of “The Chicago Cubs’ Last Dynasty;” Howard Megdal, editorial director of Excelle Sports and author of “The Cardinals Way”and Dan Schlossberg, author of 38 books, including “When the Braves Ruled the Diamond.”

Regular Museum admission entitles attendance for “Reign Men.” Each panelist’s most recent book will also be available for purchase and signed by the author. For more info: (973) 655-2378.

Jerry Milani is a freelance writer and public relations executive living in Bloomfield, N.J. He has worked in P.R. for more than 30 years in college and conference sports media relations, two agencies and for the International Fight League, a team-based mixed martial arts league, and now is the PR manager for FAN EXPO, which runs pop culture and celebrity conventions across North America. Milani is also the play-by-play announcer for Caldwell University football and basketball broadcasts. He is a proud graduate of Fordham University and when not attending a Yankees, Rams or Cougars game can be reached at Jerry (at) JerryMilani (dot) com.
@gbpackjerry
Previous Superstar Race Car Drivers Patrick, Johnson, Elliott, Kahne Guest Star In Nickelodeon’s Blaze And The Monster Machines
Next College Rugby Rising In Philly