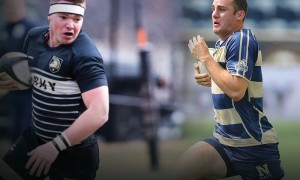 Next weekend (June 4-5) the collegiate rugby world will come together in Philadelphia for the year end celebration of the sport, the Penn Mutual Collegiate Rugby Championships. The two day event at Talen Energy Stadium will draw close to 30,000 people and will be seen live on NBC, with a who’s who of major college programs fans know, from Michigan, UCLA, Tennessee and Notre Dame to Army and Navy, to some local schools like St. Joe’s and La Salle to some schools looking to become the “Gonzaga” of rugby like Kutztown and Life University. Add in a women’s bracket, a small college competition, a high school event, an OAR concert and the fact that rugby sevens is heading to Rio as an Olympic sport, and a great time should be had by all as rugby continues its rise in the United States.

What makes the CRC successful as a media property? We asked United World Sports (the creator and co-owner of the event with NBC) CMO Jeff McDowell to explain the growth of the event.

SMR: From a business standpoint, what has been the biggest growth area of interest you have seen with rugby?

JM: There are two areas: First, more brands are looking at the space than ever before and trying to find budget and ways to engage. The positive values associated with rugby have attracted brands such as Penn Mutual who are looking to attract millennials, and rugby’s reintroduction into the Olympics has sparked increased interest across the board.

The other key area for us is the rapid growth in participation as this directly impacts the attendance at our events, television viewership and purchases of our Rhino Rugby apparel and equipment.

SMR: How does the deal with Rhino rugby supplying colleges with uniforms change the way the sport will be marketed on the collegiate level?

JM: The Rhino deal gives colleges a chance to generate some revenue and cut some ancillary costs. Plus, it provides a much more streamlined, consistent and professional look for the schools, which we think helps raise the credibility and awareness of all that are involved. It has been very well accepted thus far, and certainly can have an even bigger effect as college rugby escalates in stature.

SMR: You have always made music a key part of marketing the event, why is that such a key draw for this and how do you think OAR can effect attendance?

JM: The tournament nature of sevens rugby where your team plays a 14 minute game multiple times per day creates a certain fluidity for the fan experience. As a result, our fans are not sitting in their seats for 8 hours. They’ll watch their team play, then get up and head into the festival atmospheres where the can enjoy international cuisine, a beer garden and live entertainment. Music is a big part of that. We have always had bands at our events, especially before and after the rugby is played, and OAR fits the demo that we are reaching. Plus, we feel that their fans will enjoy being exposed to rugby on the college level, so it enhances the experience for all.

SMR: Keeping the event in Philly seems to be working well. Why is a city like Philadelphia such a key part of the strategy?

JM: There is a great deal to be said for consistency. We see how Omaha has become the home of the College World Series, and having that destination makes it much easier to plan and promote. Philadelphia has been ideal for us because rugby is rooted at the college level and the high concentration of colleges along the northeast corridor has made it a hotbed of rugby. The venue is top-notch, the area supports the event, it is a tremendous setting and we have room to expand with consistent dates every year. We are looking for ward to continuing to grow each year as well, and Penn Mutual’s support has been instrumental in helping the event grow.

SMR: PRO Rugby launched a few weeks ago with lots of interest, but this event has a great partner that the league does not have in NBC Sports. How valuable is having a broadcast partner like NBC in growing this event?

JM: It is invaluable in several ways. It provides a national platform for rugby and for brands looking to align with the sport; it puts our events on par with the biggest sporting events in the world; it gives us a tremendous marketing partner and of course it is the network of the Olympics at a time when rugby is headed back to the game. Our partnership goes way beyond just showing some matches and it will continue to grow.

SMR: What is the brand potential of college rugby going forward, especially on the Sevens side?

JM: We look at what Rhino and Penn Mutual have done to create very unique and customized programs not just at the events but on campus and you see the potential for brands who want to engage in the space but maybe don’t want to go the route of traditional college football or basketball. The audience is engaged and passionate, they are first adopters and are very brand loyal. Add in a partner like NBC and we see a huge upside.

SMR: Lastly, having Penn Mutual as a sponsor and a business partner has amplified this event’s value. What are the two or three things they do other than dollars, that has kept this event growing?

JM: Penn Mutual is a first-mover and have positioned themselves to own the collegiate rugby landscape. Their activation extends far beyond title sponsoring our events. They have supported the entire rugby community through local activation and awareness programs. They have executed direct activation through the school rugby programs on campus. And they have supported their sponsorship with additional marketing programs both in Philadelphia and with NBC, including a branded-content series titled Rugby Rising presented by Penn Mutual that will air on NBCSN. Needless to say, it has been a highly productive first 18 months and we are looking forward to even more collaboration in the future.

Jerry Milani is a freelance writer and public relations executive living in Bloomfield, N.J. He has worked in P.R. for more than 30 years in college and conference sports media relations, two agencies and for the International Fight League, a team-based mixed martial arts league, and now is the PR manager for FAN EXPO, which runs pop culture and celebrity conventions across North America. Milani is also the play-by-play announcer for Caldwell University football and basketball broadcasts. He is a proud graduate of Fordham University and when not attending a Yankees, Rams or Cougars game can be reached at Jerry (at) JerryMilani (dot) com.
@gbpackjerry
Previous ‘Reign Men’ – Dynasty Debate On Sunday at Yogi Berra Museum
Next Sports Media Platform 12UP Launches