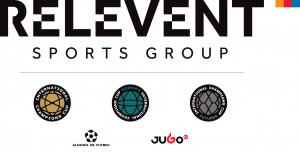 LaLiga North America announced today its partnership with the former captain of the U.S. Men’s National Team and World Cup veteran Jimmy Conrad to host its first ever English-speaking anchor show. A new episode will air each week with Conrad discussing his analysis, top highlights, and personal opinions on LaLiga matches throughout the 2019-2020 season. The show will also unveil new, never-before told stories of the league, including clubs, players, and cities.

Jimmy Conrad led a storied career as a 6-time All-Star and 4-time Best XI defender in MLS with Sporting Kansas City and represented his country in the 2006 World Cup and 2007 Copa America. After retiring in 2011, he worked for Fox Sports providing color commentary and in-studio work before building over a million subscribers in a little over 3 years as the face of the soccer-only YouTube channel, KICKTV. He also wrote a column for ESPN.com for 6 years, hosted his own radio show and podcast for 4 years, and built an impressive digital and social media presence where his content has been seen by tens of millions of people across Twitter, Instagram, Twitch, and YouTube. Conrad currently hosts EA Sports’ global FIFA tournaments and is an influential voice on global and domestic soccer in the U.S.

Said Jimmy Conrad, “As a long-time fan and admirer of LaLiga, which I consider to be the best league in the world, it is an unbelievable honor for me to partner with them so I can help bring the passion and drama of LaLiga closer to the U.S. fans. It should be a great season!”

“Launching our English-language efforts and partnering with Jimmy Conrad as the new face of LaLiga is an exciting milestone, as it allows us to serve English-speaking, American audiences directly,” said Adrian Segovia, Head of Content and Distribution of LaLiga North America. “Jimmy’s enthusiasm and love for the game will make for a can’t-miss show and will help us continue growing soccer awareness throughout the U.S.”

Full episodes of the show will air every week on LaLiga and Jimmy’s digital and social platforms, furthering LaLiga North America’s commitment to have LaLiga-branded content offerings to different audiences wherever they are.

Jerry Milani is a freelance writer and public relations executive living in Bloomfield, N.J. He has worked in P.R. for more than 30 years in college and conference sports media relations, two agencies and for the International Fight League, a team-based mixed martial arts league, and now is the PR manager for FAN EXPO, which runs pop culture and celebrity conventions across North America. Milani is also the play-by-play announcer for Caldwell University football and basketball broadcasts. He is a proud graduate of Fordham University and when not attending a Yankees, Rams or Cougars game can be reached at Jerry (at) JerryMilani (dot) com.
@gbpackjerry
Previous New App Scores With Soccer Kids…At Home
Next Yankee Global Enterprises with Strategic Partners Acquire YES Network from Disney