Home / News / Another Hornacek Looks To Make A Mark…

Another Hornacek Looks To Make A Mark… 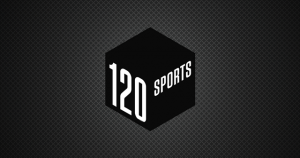 As 2016 unfolds into the final quarter one of the biggest media stories will continue to be the migration to cord cutting, live streaming and sports going more and more to TV everywhere. We saw it in the Olympics, where traditional measurement was not the ultimate goal for NBC and for the International Olympic Committee; it was how you were able to engage with anyone, anywhere on any device when they wanted it.

One of the other fast-moving players in the space is Silver Chalice, and its digital first platforms 120 Sports, the ACC Digital network and Campus Insiders. Earlier in the month they announced a streaming partnership with Twitter, and expansion of their college assets and most recently an infusion of capital and assets from BAMTECH. Also in that mix was the addition of Abby Hornacek as a new correspondent for 120 Sports, based in Chicago. Hornacek has been on the rising star radar for a while, and will now get her first prominent spot engaging fans on a regular basis. She also carries a familiar family name to the business, as the daughter of longtime NBA star and now New York Knicks coach Jeff Hornacek. We caught up with Abby to talk digital, hoops and what it’s like to be at the nexus of the digital sports revolution.

This seems like a big next step for you in your career, what are you looking to as your biggest challenge?

I want to be that go-to person for all thing sports, so the challenge for me is living up to the expectations I require of myself to be as knowledgeable as I can in order to give the best reports I can. It’s important to me to be able to participate in conversations as well as add my own thoughts and personality. To do so requires research and participation every day, which is something I’m dedicated and beyond excited to do. Who doesn’t want to follow sports all day?!

How was the experience at NBA Summer League; what did you learn the most from it?

What didn’t I learn?! I was blessed with the opportunity to be thrown in the fire a little bit, so a lot of it for me was figuring it out as I went. The process of attaining interviews and being able to write my own segments, whether it was “Playing Hooky with a Rookie” or “Are You Smarter Than a Superfan,” allowed me to ascertain what makes interesting stories that aren’t typical in that kind of setting and how to engage both players and fans in ways they aren’t used to. I also had the opportunity to conduct a lot of sit-down interviews with some of basketball’s greats…from Adam Silver, to Jerry Colangelo, to Golden State GM Bob Myers, to new players in the league like Devon Booker and Brandon Ingram…which also taught me so much! Working with Albert Hall and Warren LeGarie was a great experience and I attribute a lot of what I learned to their guidance and support.

Your dad hasn’t been part of an east coast NBA organization since he was with the Sixers. What will that be like for your family?

Chilly! Just kidding. We are all so proud of him both as a dad and as a person, so to know he has been given the opportunity to coach such an iconic franchise in one of the best sports cities in the world has us all so excited for him! He went to the NBA finals twice against the Chicago Bulls when Phil Jackson was coaching, so it will be fun to see them working for the same team now. I think it’s going to be a great year for New York Knicks fans!

As a former beach volleyball player, what did you think of the way Kerry Walsh Jennings handled her disappointment in Rio?

I respect those women so much! I think how they handled their disappointment made them champions even though they didn’t win gold. They could’ve easily allowed that let down to affect their attitudes going forward, but instead they fought for that bronze just as hard as they would’ve fought for the gold. In my book, that is a true competitor. My favorite athletes are the ones who remain classy, humble, and positive in any possible outcome, so Kerry goes right to the top of my list.

What are you looking forward to most about being in Chicago?

The people! From the beginning, my parents said, “you’re going to love it because people from the Midwest are hardworking, honest, and incredible people”…my dad is from Chicago and my mom is from Iowa. They were 100 percent right…everyone here has been absolutely amazing! They also LOVE their sports! As a broadcaster, it’s a dream come true to be able to work in one of the top sports cities and be surrounded by people who are just as passionate about sports as I am!

How important is the social side in your new role? How have you built your brand?

In the world we now live in, social media plays a monumental role in sports. People want to witness events in real time and with a digital platform like 120 Sports (who is pioneering the way), people can instantly get live updates and analysis on the sporting events and trends of the day, even if they’re not home. They can watch us talk live about different aspects surrounding sports on any of their mobile devices, computer, or by downloading the app and watching it on Apple TV. And again, it’s such an exciting time to start following 120 Sports because our new Twitter show “The Rally,” is Twitter’s first live-streamed sports show…Since I started using social media, I’ve been building my brand. I’ve made sure to stay engaged on all of my platforms in sports talk as well as other things that interest me. I’ve also strived to represent exactly who I am through all of my posts, making sure to show my personality and values in a truthful way.

Who are some of your professional mentors? Who do you follow and why?

Sage Steele has been a mentor for me in my journey as a broadcaster. She’s given me great advice and allowed me to shadow her, which has been incredibly helpful. I admire her work ethic and the way she composes herself on air as well as in everyday life. She’s not only a wonderful broadcaster, she’s an amazing person. I follow a lot of women broadcasters, but one of my favorites is Sam Ponder. She really knows her information and I absolutely love her personality. She’s so personable and it’s hard not to want to be friends with her! I hope I can have that effect on people as well.

What aspect of your new role with 120 Sports will you enjoy the most and the least?

I’m really looking forward to our new Twitter show “The Rally.” To be able to be a player in Twitter’s first live-streamed sports show is such an honor and I can’t wait to participate in the conversations that will be pertinent at the time. I can’t say there’s anything I won’t enjoy because I’m already having a great experience with all of the people at 120 Sports and everything it has to offer. They have assembled an incredible team of talent and I am humbled to be a part of them! I hope the sports fans out there who haven’t already been watching 120 Sports check us out. I think they will love what they see!

Any thoughts on your rooting interests in the NBA with your dad’s new role in New York? Any conflicts of interest for you?

Go Knicks! I obviously will be rooting for my dad and New York to do well throughout the season…and post-season… but when talking NBA on-air, I’ll remain unbiased so all sports fans can relate to the conversation.

Jerry Milani is a freelance writer and public relations executive living in Bloomfield, N.J. He has worked in P.R. for more than 30 years in college and conference sports media relations, two agencies and for the International Fight League, a team-based mixed martial arts league, and now is the PR manager for FAN EXPO, which runs pop culture and celebrity conventions across North America. Milani is also the play-by-play announcer for Caldwell University football and basketball broadcasts. He is a proud graduate of Fordham University and when not attending a Yankees, Rams or Cougars game can be reached at Jerry (at) JerryMilani (dot) com.
@gbpackjerry
Previous BAM! MLB Advanced Media Goes To College
Next Champion Swimmer Ryan Lochte To Meet Fans At Wizard World Comic Con Richmond, September 10