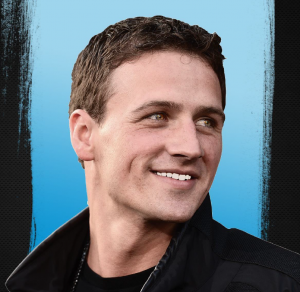 World champion swimmer Ryan Lochte will make one of his first scheduled public appearances since returning from South America at Wizard World Comic Con Richmond on Saturday, September 10. Lochte will greet fans, sign a limited number of free autographs and pose for free “selfies” as well as paid professional photo ops from 11:30-4 p.m. at the Greater Richmond Convention Center.

Lochte has become a transcendent figure in the sports world, with 12 championships on the world’s biggest stage. He is the current world record holder in the 200 and 400 individual medley and has been named both American and World Swimmer of the Year twice in his career (2010 & 2011) and has a total of 80 medals in major international competition including 53 first place finishes. As a Florida Gator, Ryan was a two-time NCAA Swimmer of the Year, 24-time NCAA All-American, and 7-time NCAA Champion.

At the 2015 World Championships, Ryan made history with his fourth consecutive victory in the 200-meter IM.

Ryan’s accomplishments in the pool along with his committed fan base (1 million+ Twitter followers, 570k+ Facebook fans and 397k+ Instagram followers) have helped him gain pop culture status outside the pool. He has made cameos on episodes of 30 Rock and Beverly Hills 90210, as well as appearing on People’s 2012 ‘Sexiest Man Alive’ list.

Ryan’s reality television show, “What Would Ryan Lochte Do?,” debuted on E! in April 2013. The show followed his life in training.

Wizard World is also the place for cosplay, with fans young and old showing off their best costumes throughout the event.  Fans dressed as every imaginable character – and some never before dreamed –  will roam the convention floor. The famed Wizard World Richmond Costume Contest will take place on Saturday night.

For more on the 2016 Wizard World Richmond, visit http://wizd.me/RichmondPR.

Jerry Milani is a freelance writer and public relations executive living in Bloomfield, N.J. He has worked in P.R. for more than 30 years in college and conference sports media relations, two agencies and for the International Fight League, a team-based mixed martial arts league, and now is the PR manager for FAN EXPO, which runs pop culture and celebrity conventions across North America. Milani is also the play-by-play announcer for Caldwell University football and basketball broadcasts. He is a proud graduate of Fordham University and when not attending a Yankees, Rams or Cougars game can be reached at Jerry (at) JerryMilani (dot) com.
@gbpackjerry
Previous Another Hornacek Looks To Make A Mark…
Next Brian Kenny Discussion/Booksigning At Yogi Berra Museum on Sept. 27