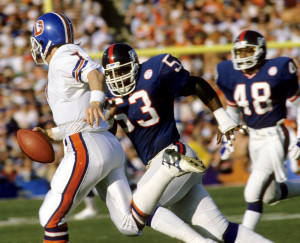 For the most part in its brief but successful history, The Players Tribune has been all about still photos and print, with athletes telling their story in their own voice. In recent months the platform has made announcements looking to expand into more video and branded content and this week moved into the audio space, creating a partnership with fast-rising audio creator DGital Media to launch a series of podcasts.

It will be the first in a series of long form audio content plays designed to pull in a new audience, one which prefers the spoken word to the written one, a space that DGital Media has helped other brands to be successful in, ranging from The Vertical to MMQB.

That expertise will be critical for PT to be successful in an area they have not been in before. “As the leading platform highlighting the voice of the athlete, DGital Media is extremely proud and honored to partner with the team at The Players Tribune,” said Chris Corcoran, Chief Content Officer, DGital Media in a release Tuesday. “No other medium showcases the actual voice of the athlete better than audio and we’re thrilled to be creating compelling and impactful programming together with TPT, for fans and clients alike.”

It was the second big business move of the month for Players Tribune, which announced a $40 million raise earlier in January from a group of investors that includes GV (formerly Google Ventures) and a host of athletes.

“The Players’ Tribune has become a destination for thoughtful, insightful storytelling related to topics both on and off the field,” added Jaymee Messler, president of The Players’ Tribune. “We’re excited to introduce another medium for athletes to share stories and discuss important issues through a unique and intimate listening experience. DGital Media is a terrific partner on the launch of this newest extension of our premium content offerings.”

Now fans can listen, as well as read the best of their favorite athletes stories.

Jerry Milani is a freelance writer and public relations executive living in Bloomfield, N.J. He has worked in P.R. for more than 30 years in college and conference sports media relations, two agencies and for the International Fight League, a team-based mixed martial arts league, and now is the PR manager for FAN EXPO, which runs pop culture and celebrity conventions across North America. Milani is also the play-by-play announcer for Caldwell University football and basketball broadcasts. He is a proud graduate of Fordham University and when not attending a Yankees, Rams or Cougars game can be reached at Jerry (at) JerryMilani (dot) com.
@gbpackjerry
Previous Boxing Still Finding TV Homes With New ESPN Deal
Next WWE® Superstar John Cena® To Host Nickelodeon’s 2017 Kids’ Choice Awards, Live On Saturday, March 11, 2017