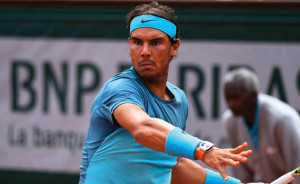 Sinclair Broadcast Group, Inc. announced this week that it has acquired the assets of Tennis Media Company, the owner of Tennis magazine and Tennis.com, for $8 million plus an additional $6 million earn-out potential based on certain contingencies. The acquisition will create a unified media platform that combines Tennis.com, the most visited online tennis platform in the world, and Tennis magazine, the sport’s most circulated print publication, with Sinclair’s Tennis Channel, the 24-hour television and multimedia network dedicated to the sport. The transaction was funded with cash on hand.

“The acquisition of Tennis Media Company brings together tennis’ television, print and online platforms, with significant advantages in the tennis rights and stakeholder world,” said Chris Ripley, President and CEO, Sinclair. “We are committed to enhancing Tennis Channel’s role as the undisputed tennis-media hub, and this combination of the sport’s foremost outlets, along with the Tennis Channel Plus subscription service, will lead to efficiencies that maximize all four platforms.”

Widely considered the most valued online tennis domain, Tennis.com garners 25 million monthly page views and 2 million unique monthly visitors. The site also houses its Baseline daily newsletter. Tennis Channel is currently expanding its digital activity to complement on-air programming and become more integrated with websites of other Sinclair stations and properties throughout the country, and Tennis.com will play a major part in that integration process. Likewise, the network will pair Tennis magazine’s No. 1 circulation of 600,000 in its category (the magazine is a partner with the USTA, the sport’s governing body in the United States) with its own expanding subscriber base for the benefit of both assets. Since Tennis Channel was acquired by Sinclair in March 2016, it has jumped from 37 million viewing homes to close to 50 million, according to ComScore, and has deals in place to reach 60 million homes this year.

“Uniting Tennis Channel with Tennis.com and Tennis magazine lets us serve our combined audiences, the tennis community and fans of the sport in a way never seen before,” said Ken Solomon, President, Tennis Channel. “We’ve long been in the business of creating demand for and helping to grow the game of tennis across the country, and now our ability to translate content across these platforms and elevate awareness for the sport is unprecedented. Similarly, advertisers have never had the one-stop-shopping opportunity to sponsor the top print, television and online tennis destinations in the same place, in one transaction.”

Tennis fans consistently represent an affluent demographic that is among the most highly coveted by advertisers. In the case of print, the median household income for Tennis magazine’s readership is just above $150,000 per year while in television, during the just-completed Australian Open for example, Tennis Channel was No. 1 in concentration of viewers living in homes with $100,000+ households incomes. These viewers represented 51 percent of the network’s audience, nearly doubling the national average among all ad-supported, English-language networks, according to Nielsen for January 2017.

“We have known Ken and his team for many years,” said Jeff Williams, Managing Partner, Tennis Media Company. “In becoming part of the Tennis Channel family, and combining the three greatest media brands in tennis – Tennis Channel, Tennis magazine and Tennis.com – we are creating the kind of integrated media and marketing powerhouse that will better support our advertising and commercial partners, expand and enrich content for our highly coveted tennis enthusiasts globally and, ultimately grow the sport of tennis.”

There are pre-existing synergies in the content of Tennis magazine and Tennis Channel as well. Several members of the television network’s on-air lineup are already instruction editors or contributing editors for the magazine, including Hall of Famer Tracy Austin, coach Paul Annacone and Sports Illustrated’s Jon Wertheim. Five of the Tennis magazine’s other editors routinely appear as Tennis Channel on-air guests or interview subjects throughout the year, during tournaments and in original series and documentaries. Tennis authority and International Tennis Hall of Fame historian Joel Drucker also has an ankle in each outlet, serving as a contributing editor for the magazine and historian and writer for the television network.

Jerry Milani is a freelance writer and public relations executive living in Bloomfield, N.J. He has worked in P.R. for more than 30 years in college and conference sports media relations, two agencies and for the International Fight League, a team-based mixed martial arts league, and now is the PR manager for FAN EXPO, which runs pop culture and celebrity conventions across North America. Milani is also the play-by-play announcer for Caldwell University football and basketball broadcasts. He is a proud graduate of Fordham University and when not attending a Yankees, Rams or Cougars game can be reached at Jerry (at) JerryMilani (dot) com.
@gbpackjerry
Previous Free Instant Photography System Launched Via RAM Racing’s Technology Division
Next Israel Victory First In Set As Topps Now™ to Feature WBC Greatest Moments Daily