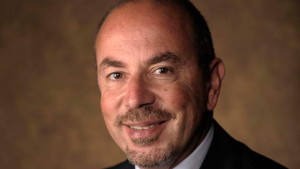 Golf Channel announced today that award-winning journalist Jaime Diaz has joined the network’s editorial staff. One of the most-respected voices in the game stemming from his more than 30 years of experience covering the golf industry, most recently as editor-in-chief of Golf World and senior writer at Golf Digest, Diaz will contribute to the network on several fronts, offering his editorial coverage across Golf Channel Digital platforms, in addition to making regular appearances on Morning Drive and Golf Central. Diaz also will contribute to Golf Channel’s Golf Central Live From programming on-site from golf’s biggest events.

The network also announced that veteran journalist Tim Rosaforte will increase his role with the company. An award-winning senior writer who regularly broke news for Golf Digest and Golf World, Rosaforte has contributed to Golf Channel as an Insider since joining the network in 2007, reporting on the game’s top professional tours and its players. With the announcement, Rosaforte will continue his television duties, but will add exclusive reporting for Golf Channel’s digital editorial coverage, including a weekly notes column and long-form features.

“We’re eager for Jaime to join our team and contribute to our network’s coverage of the game across multiple platforms,” said Geoff Russell, senior vice president and executive editor of Golf Channel. “Jaime is one of the most-accomplished writers in our industry. Between his decades of experience coupled with Tim now contributing his editorial coverage in addition to his on-air efforts, we’ve strengthened our ability to deliver the most quality coverage to golf fans who share our deep passion for the sport.”

“After many years of having the privilege of covering golf in print, I feel extremely fortunate to be joining the Golf Channel team,” Diaz said. “I’m looking forward to continuing to tell stories and offer ideas about the greatest game in such a dynamic medium.”

“I’ve worked with Jaime at Sports Illustrated and Golf World / Golf Digest since the mid-90s, so it’s good to keep the band together on all Golf Channel platforms,” said Rosaforte. “I consider him the best golf writer of my time and look forward to teaming up once again in this new era of golf journalism.”

Diaz most recently served as the editor-in-chief of Golf World, and as a senior writer for Golf Digest. A nine-time Golf Writers Association of America Award winner, Diaz’ long list of career accolades includes being honored as the recipient of the PGA Lifetime Achievement Award in Journalism in 2012 and being recognized by Jack Nicklaus as the recipient of the Memorial Golf Journalism Award in 2014. The San Francisco native and former golf writer for the New York Times and Sports Illustrated also has authored or co-authored several books.

Since 1980, Rosaforte has covered more than 140 majors and 16 Ryder Cups. He has been honored with more than 40 writing awards, including a 1st place recognition in all four Golf Writers Association of America annual awards categories. Along with Diaz, Rosaforte is a recipient of both the PGA Lifetime Achievement Award in Journalism, along with the Lincoln Werden Journalism Award. A contributor to NBC Sports’ golf coverage since the 2004 Ryder Cup, Rosaforte first appeared on Golf Channel in the mid-90s while with Sports Illustrated. He also formerly hosted PGA TOUR Sunday on USA Network from 2003-’06, and is the author of three books.

Jerry Milani is a freelance writer and public relations executive living in Bloomfield, N.J. He has worked in P.R. for more than 30 years in college and conference sports media relations, two agencies and for the International Fight League, a team-based mixed martial arts league, and now is the PR manager for FAN EXPO, which runs pop culture and celebrity conventions across North America. Milani is also the play-by-play announcer for Caldwell University football and basketball broadcasts. He is a proud graduate of Fordham University and when not attending a Yankees, Rams or Cougars game can be reached at Jerry (at) JerryMilani (dot) com.
@gbpackjerry
Previous Athletes Juicing? Now It’s A Healthy Thing…
Next Topps Signs Ohtani To Card-Autograph Deal