Jerry Milani January 30, 2018 News, On The Air Comments Off on Nickelodeon, NFL Announce Most Expansive Partnership To date For Super Bowl 4,006 Views 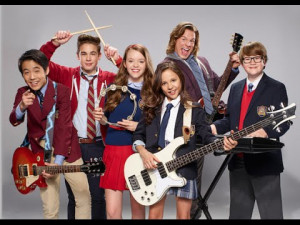 What is frozen slime like? People may be finding out this weekend in Minnesota, sorta.

Nickelodeon and the NFL announced their most expansive Super Bowl relationship Tuesday, with brand-new, specially produced content and coverage of the events leading up to Super Bowl LII in Minnesota, beginning Wednesday, Jan. 31, across Nickelodeon, Nicktoons and TeenNick.

Superstar Slime Showdown at Super Bowl is an hour-long competition special, airing Sunday, Feb. 4, pitting two teams of NFL athletes and Nickelodeon stars against one another in a series of fun and exciting football-themed physical challenges. Hosted by Nick Cannon and featuring NFL athletes including Drew Brees, Stefon Diggs, Todd Gurley, Luke Kuechly, Deion Sanders and DeMarcus Ware, team captains Breanna Yde and Ricardo Hurtado (School of Rock), and a halftime performance by JoJo Siwa (Lip Sync Battle Shorties), the special will be taped at the Super Bowl Experience. Mimicking the four-quarter format of a football game, teams will compete in four NFL-inspired challenges with a Nickelodeon twist, including slime-filled obstacle courses and an end zone celebration dance off. The team with the most points will win the title of Superstar Slime Showdown Champion.

In addition to the title, each Superstar Slime Showdown team will be competing for a local children’s charity. In collaboration with Nickelodeon’s Worldwide Day of Play partners, PLAYWORKS and Special Olympics, the winning team will receive a $15,000 donation, and the runner-up will receive a $5,000 donation. PLAYWORKS is the leading national nonprofit leveraging the power of play to improve children’s social and emotional health by increasing opportunities for physical activity at schools. Special Olympics provides year-round sports training and athletic competition in a variety of Olympic-type sports for children and adults with intellectual disabilities, giving them continuing opportunities to develop physical fitness, demonstrate courage, experience joy and participate in a sharing of gifts, skills and friendship with their families, other Special Olympics athletes and the community.

Additional Nickelodeon on-the-ground activations during Super Bowl Week in Minnesota, include: JoJo Siwa at NFL PLAY 60 Kids Day at the Super Bowl Experience (Wednesday, Jan. 31) – JoJo Siwa will perform her popular songs “Boomerang,” “Kid in a Candy Story” and “Hold the Drama” at NFL PLAY 60 Kids Day. The performance will take place in front of 2,500 local youth, who participate in NFL PLAY 60 programming throughout the school year and were invited to Kids Day for their commitment to staying physically active. Kids Tailgate Party (Wednesday, Jan. 31) – Nickelodeon’s Worldwide Day of Play partners with the Minnesota Super Bowl Host Committee to throw a Kids Tailgate Party celebrating the committee’s year-long commitment to improving health and wellness for kids through the 52 Weeks of Giving campaign. Featuring kid-friendly activities and games from the Worldwide Day of Play Tour, the one-of-a-kind Super Bowl experience will bring together kids and families from the 52 grant communities around Minnesota.

It might be cold, but Nick’s continued expansion into sports as a vehicle to engage with leagues and teams is certainly continuing to heat up.

Jerry Milani is a freelance writer and public relations executive living in Bloomfield, N.J. He has worked in P.R. for more than 30 years in college and conference sports media relations, two agencies and for the International Fight League, a team-based mixed martial arts league, and now is the PR manager for FAN EXPO, which runs pop culture and celebrity conventions across North America. Milani is also the play-by-play announcer for Caldwell University football and basketball broadcasts. He is a proud graduate of Fordham University and when not attending a Yankees, Rams or Cougars game can be reached at Jerry (at) JerryMilani (dot) com.
@gbpackjerry
Previous NBC Olympics To Present 94 Hours Of Paralympic TV Coverage In March, Nearly Doubling Sochi
Next Kevin Harvick Hosts Season Premiere of His SiriusXM Show Feb. 6