NBC Olympics will present unprecedented coverage of the Paralympic Winter Games PyeongChang 2018 this March, including 94 hours on television, which nearly doubles coverage of Sochi 2014. In all, NBC Olympics will present more than 250 hours of coverage across NBC, NBCSN, Olympic Channel: Home of Team USA, NBCSports.com, and the NBC Sports app, beginning with the Opening Ceremony on Friday, March 9.

NBC Olympics’ coverage will include all six Paralympic winter sports – alpine skiing, snowboarding, sled hockey, wheelchair curling, cross-country skiing, and biathlon – spread across 10 days. The 250 hours of coverage includes 94 hours on television, which is NBC Olympics’ most ever for a Paralympic Winter Games, nearly doubling Sochi 2014 (50 hours). The 156 hours of streaming coverage will be available via NBCSports.com and the NBC Sports app for desktops, mobile devices, tablets, and connected TVs. [Note: OlympicChannel.com and the Olympic Channel app will also stream the Paralympic content that is televised on Olympic Channel: Home of Team USA].

“There is arguably no event in the world more inspiring than the Paralympics, and it’s our privilege to tell the captivating stories of these world-class athletes,” said Gary Zenkel, President, NBC Olympics. ”Without question, our increase in coverage – nearly double the hours televised in Sochi — would not be possible without the support of Toyota, which has brought to the Paralympics an unprecedented enthusiasm for the event, the athletes, and the mission.” 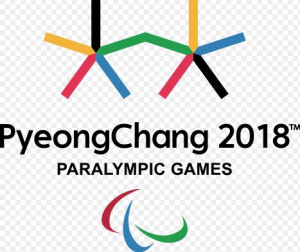 “It is fantastic news for sports fans that NBC, with the support of Toyota, will be showcasing 94 hours of television coverage from the PyeongChang 2018 Paralympic Winter Games, the most comprehensive U.S. coverage to date for a Paralympics,” said Andrew Parsons, President, International Paralympics Committee. “The amount of TV coverage has almost doubled since Sochi 2014, underlining the growing appeal and interest in Para sports, especially with the L.A. 2028 Paralympic Games on the horizon.”

As a mobility company, Toyota’s mission is to create a barrier-free society, which reinforces the company’s values of humility, hard work, overcoming challenges, and never giving up. At the same time Toyota announced a global corporative initiative “Start Your Impossible” (SYI), which includes the company’s first-ever global marketing and advertising campaign that will communicate the mobility messages in the coming years. The platforms of the Paralympic and Olympic sports will be central to communicating the global SYI message.

“Using Toyota’s global sponsorship of the Paralympic Games as an important platform; we’ve launched our first global campaign, “Start Your Impossible,” which highlights the company’s commitment to providing freedom of movement for all,” said Ed Laukes, group vice president, Toyota Marketing, Toyota Motor North America. “Toyota believes that ‘mobility’ goes beyond cars and that freedom of movement should be a basic human right, and we are incredibly proud to support the upcoming Paralympics and Team Toyota athletes.”

“As an elite athlete and someone who was instrumental in getting Para snowboarding into the Paralympic Games, I am thrilled to see the kind of support and exposure for the world to see what is possible when you chase your dreams and you remove the barriers to succeed,” said Paralympic snowboarder and Team Toyota athlete Amy Purdy. “Thank you to great partners Toyota and NBC for shining a light like never before on the 2018 Paralympic Winter Games. This is truly momentous and incredibly meaningful for the future of the movement.”

More programming details will be announced closer to the start of the Paralympics.

The 2018 Paralympic Winter Games will take place March 9-18, 2018, in PyeongChang, South Korea, with nearly 700 of the world’s finest Paralympic winter athletes competing for glory in 80 events across six different sports on snow and ice. Team USA will compete in each of the sports contested in PyeongChang with an estimated team of 70+ athletes.

Jerry Milani is a freelance writer and public relations executive living in Bloomfield, N.J. He has worked in P.R. for more than 30 years in college and conference sports media relations, two agencies and for the International Fight League, a team-based mixed martial arts league, and now is the PR manager for FAN EXPO, which runs pop culture and celebrity conventions across North America. Milani is also the play-by-play announcer for Caldwell University football and basketball broadcasts. He is a proud graduate of Fordham University and when not attending a Yankees, Rams or Cougars game can be reached at Jerry (at) JerryMilani (dot) com.
@gbpackjerry
Previous Professional Fighters League Reaches Exclusive Multi-Platform Distribution Agreements with NBC Sports Group and Facebook
Next Nickelodeon, NFL Announce Most Expansive Partnership To date For Super Bowl