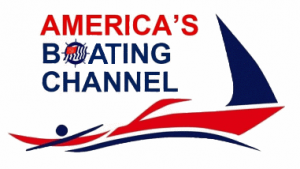 The United States Power Squadrons® (USPS) announces the debut of its streaming media video “Life Jackets for Children” on America’s Boating Channel™, which can be found online at americasboatingchannel.com and as a free mobile app available at Apple’s App Store and Google Play.

The new “Life Jackets for Children” video shows how to choose the best life jacket for a child and test to ensure its effectiveness.

Viewers will also learn why teaching a child how to properly wear a life jacket is important.

America’s Boating Channel will launch a new title each week through April, as most Americans prepare for the 2018 recreational boating season. All video programming on the channel is offered at no charge.

America’s Boating Channel is produced under a grant from the Sport Fish Restoration and Boating Trust Fund administered by the U.S. Coast Guard.

The United States Power Squadrons is the premier boating organization dedicated to “Safe Boating through Education” since 1914. USPS is America’s Boating Club® for boaters, by boaters.

America’s Boating Channel has as its partner BoatUS and is cosponsored by Discover Boating with a contribution from Weems & Plath.

As an America’s Boating Channel Partner, the Boat Owners Association of the United States (BoatUS) has been looking after the interests of recreational boaters since its founding in 1966.

BoatUs is the nation’s largest organization of recreational boat owners, with over half a million dues-paying members.

BoatUS provides a diverse offering of marine services for the recreational boater.

As an America’s Boating Channel Sponsor, Discover Boating is a public awareness effort managed by the National Marine Manufacturers Association (NMMA) on behalf of the North American recreational boating industry.

Discover Boating programs focus on increasing participation and creating interest in recreational boating by demonstrating the benefits, affordability, and accessibility of the boating lifestyle.

Jerry Milani is a freelance writer and public relations executive living in Bloomfield, N.J. He has worked in P.R. for more than 30 years in college and conference sports media relations, two agencies and for the International Fight League, a team-based mixed martial arts league, and now is the PR manager for FAN EXPO, which runs pop culture and celebrity conventions across North America. Milani is also the play-by-play announcer for Caldwell University football and basketball broadcasts. He is a proud graduate of Fordham University and when not attending a Yankees, Rams or Cougars game can be reached at Jerry (at) JerryMilani (dot) com.
@gbpackjerry
Previous Season Three of ‘All or Nothing,’ Featuring the Dallas Cowboys, Premieres Friday, April 27
Next L’Équipe and WWE Announce Free-to-Air Broadcast Agreement in France