Jerry Milani July 25, 2018 News, On The Air Comments Off on ESPN Travels to Green Bay for Two Days of Training Camp Shows as the Packers Kick Off Their 100th Season 1,039 Views 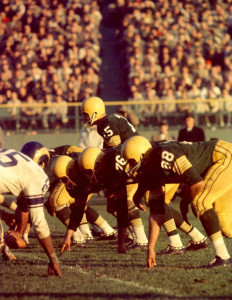 ESPN will travel to Green Bay for two days of live shows this week as the Packers kick off their NFL Training Camp and the franchise’s 100th season of football. Green Bay native and Packers season ticketholder John Anderson will host NFL Live (1:30 p.m. ET) and segments of SportsCenter on Thursday and Friday, July 26-27, from the Packers Experience with former Packers players Matt Hasselbeck and Desmond Howard.

Jerry Milani is a freelance writer and public relations executive living in Bloomfield, N.J. He has worked in P.R. for more than 30 years in college and conference sports media relations, two agencies and for the International Fight League, a team-based mixed martial arts league, and now is the PR manager for FAN EXPO, which runs pop culture and celebrity conventions across North America. Milani is also the play-by-play announcer for Caldwell University football and basketball broadcasts. He is a proud graduate of Fordham University and when not attending a Yankees, Rams or Cougars game can be reached at Jerry (at) JerryMilani (dot) com.
@gbpackjerry
Previous Pete Bevacqua Named President Of NBC Sports Group
Next New Three on Three Event Launches In U.S., With Sights on Olympic Glory