Jerry Milani November 28, 2018 Movie Reviews, News, On The Air Comments Off on Jackson’s ‘The Vet’ Featured In Standout Documentary 2,232 Views

“It showed us that we could get along for a day.” – Robert “Rob Jay” Jeuitt, Jackson State Univ. grad, former player 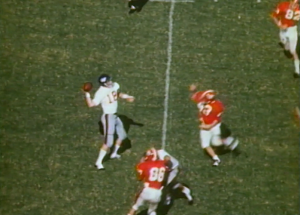 The story of Mississippi Veterans Memorial Stadium in Jackson is more than that of a field that hosted some of the best football teams and most memorable games in the South. The stadium is, in the words of the documentary “The Vet,” produced by Bash Brothers Media for C Spire as part of its “Between the Pines” series and which aired locally in the state, available for viewing here, “in terms of bringing the state together … stands not only as a memorial to the veterans of World War II and the other wars that we fought; it has emerged as a reminder of the victory that we have won in terms of coming together as a people.”

As the SEC schools, Ole Miss and MSU among them, struggled with integration through the 1960s, “The “Vet,” erected in 1950 and expanded a few times since, was holding doubleheaders, an SEC matchup in the afternoon and SWAC game in the evening. Though the teams were segregated for most of that period, often the stands were less so, with fans just coming to see good football, and with schools like Alcorn State, Mississippi Valley State and Jackson State often filling the second half of the card, there was plenty of talent on display.

The best part of the outstanding documentary, which features interviews with legends like Archie Manning, Gov. William Winter, John Bond, Willie Totten, Eddie Payton, Rob Jay and more, is that it takes this dichotomy head-on. Governor Ross Barnett‘s stirring up of the Ole Miss vs. Kentucky crowd before a 1962 game, opposing the admission of African-American student James Meredith and integration of the Oxford, Miss., campus, was followed up a week later, when the homecoming game at The Vet against Houston “helped to settle down the hysteria that had enveloped the state.” 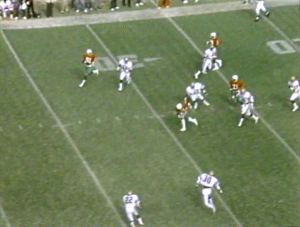 The footage in the documentary, directed by Henry Wiener and executive produced by Jon Wiener, is at times thrilling (Totten and Jerry Rice‘s undefeated Valley squad facing Ike Holt and unbeaten Alcorn in front of 60,000+ sitting between each other) and at others jarring (thousands of fans twirling Confederate flags at numerous games). Contests like the 1980 MSU upset of Bear Bryant‘s Alabama squad and the 1983 Egg Bowl, played in a whipping wind that blew the Bulldogs’ potential winning field goal away—literally back into the field of play—are chronicled, with equal billing to the impact of the games featuring the HBCUs over the stadium’s history in the state capital.

In the early 1990s, when Ole Miss and Mississippi State began moving more, and eventually all, of its schedule to on-campus facilities, The Vet era of statewide, big games came to an end. Though Jackson State keeps some of those memories alive by holding its home games there, at least for now, its future is uncertain. But this look at the venerable stadium’s history is a must-see.

Jerry Milani is a freelance writer and public relations executive living in Bloomfield, N.J. He has worked in P.R. for more than 30 years in college and conference sports media relations, two agencies and for the International Fight League, a team-based mixed martial arts league, and now is the PR manager for FAN EXPO, which runs pop culture and celebrity conventions across North America. Milani is also the play-by-play announcer for Caldwell University football and basketball broadcasts. He is a proud graduate of Fordham University and when not attending a Yankees, Rams or Cougars game can be reached at Jerry (at) JerryMilani (dot) com.
@gbpackjerry
Previous Swet Tailor, Creators of EveryDay. EveryWear.™ Announces Seed Funding
Next Ruth’s Early Years Get Deeper Look In ‘The Big Fella’ 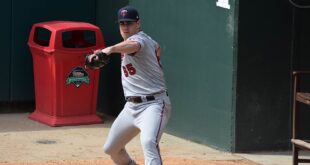