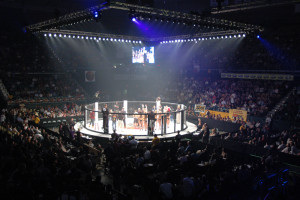 United Fight Alliance (UFA), a Sports, Media and Entertainment Company comprised of fight promotions across the country and abroad, has signed a distribution agreement with NBC Sports California and NBC Sports Northwest  to expand its existing distribution on NBC Sports Chicago, Washington and Philadelphia. Fans may now watch UFA’s one-hour Combat Sports / MMA programming, which features intense fights from the best names and up-and-coming fighters in MMA, on more channels throughout the country.

“During college,” UFA’s CEO Jay Adams said, “I did a sports internship at the NBC station in Boston. So, in a way, working with NBC Sports Regional Networks is a full-circle moment for me. The Peacock represents one of the oldest and most respected brands in all of television. Everyone at United Fight Alliance could not be more thrilled.”

In addition to the NBC Sports Regional Networks, UFA also airs on Cox Sports Television and in major US cities such as WATL NBC Atlanta, WCWJ in Jacksonville, WWSB Tampa/Sarasota and KSAT San Antonio. UFA averages over 80 hours of airing time a month throughout the US. 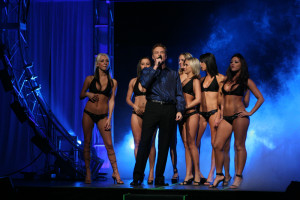 NBC Sports Northwest serves all of Washington State and Oregon and is the 24/7 exclusive home of the Portland Trail Blazers. The network also provides in-depth coverage of the region’s most prominent teams including the Seattle Seahawks, Oregon Ducks and Oregon St. Beavers.

For a complete list of networks, channels and the UFA airing schedule, visit http://www.unitedfightalliance.com/tvschedule

Jerry Milani is a freelance writer and public relations executive living in Bloomfield, N.J. He has worked in P.R. for more than 30 years in college and conference sports media relations, two agencies and for the International Fight League, a team-based mixed martial arts league, and now is the PR manager for FAN EXPO, which runs pop culture and celebrity conventions across North America. Milani is also the play-by-play announcer for Caldwell University football and basketball broadcasts. He is a proud graduate of Fordham University and when not attending a Yankees, Rams or Cougars game can be reached at Jerry (at) JerryMilani (dot) com.
@gbpackjerry
Previous AAFL Selects CSM Lead Dog As Agency Of Record
Next SiriusXM Broadcasts From The 2019 PGA Merchandise Show