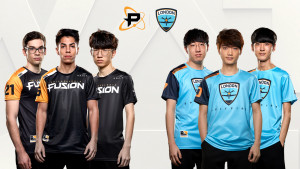 The Overwatch League™ returns to action today for the official start of the 2019 season. This season, 20 teams will compete for the league championship and a share of the US $5 million prize pool. The world’s first major global esports league with city-based teams will be even more fan-friendly, with more ways to watch via enhanced viewing technology through the Twitch All-Access Pass program, expanded broadcast and digital distribution, and a brand-new online shop loaded with team and player merchandise.

“We’ve added eight new teams and nearly 100 new players to the Overwatch League, and we’re really excited to see the influx of new talent and to see how teams approach the daunting task of winning the league championship,” said Nate Nanzer, Overwatch League commissioner. “Look for the quality of play to rise as the league continues to get even more competitive. The talents of our extraordinary players are going to be on display for the world to see. Come watch with the best of us!”

The opening week of matches will feature all 20 teams in action and will include a rematch of the 2018 Grand Finals showdown between the Philadelphia Fusion and defending champion London Spitfire, as well as the debuts of all eight new Overwatch League teams.

Fans will be able to watch Overwatch League matches in a number of ways and in additional locations for 2019. Linear and digital broadcast platforms include:

“We set a new bar last season in standing up the first major global city-based esports league,” said Pete Vlastelica, president and CEO of Activision Blizzard Esports Leagues. “This season, we’re going to raise the bar again with a focus on fan affinity, making it even easier for the Overwatch League community to watch how they want and where they want.”

Jerry Milani is a freelance writer and public relations executive living in Bloomfield, N.J. He has worked in P.R. for more than 30 years in college and conference sports media relations, two agencies and for the International Fight League, a team-based mixed martial arts league, and now is the PR manager for FAN EXPO, which runs pop culture and celebrity conventions across North America. Milani is also the play-by-play announcer for Caldwell University football and basketball broadcasts. He is a proud graduate of Fordham University and when not attending a Yankees, Rams or Cougars game can be reached at Jerry (at) JerryMilani (dot) com.
@gbpackjerry
Previous Combate ‘Mexico vs. USA MMA Showdown’ To Air On Univision, UDN Feb. 22
Next VOS Digital Media Group Enters Into Content Distribution Agreement with OnlyGood TV Featuring Pets, Family, Wellness and Community