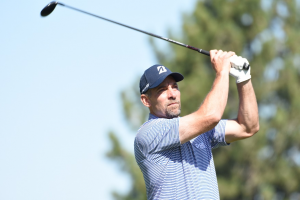 John Smoltz, the Hall of Fame pitcher, TV analyst and celebrity golf standout, has committed to play in the 30th annual American Century Championship in Lake Tahoe, the tournament announced today.Best known for his career accomplishments with the Atlanta Braves, Smoltz, 51, won the celebrity division at the inaugural Diamond Resorts Tournament of Champions in January after playing in the U.S. Senior Open last year as a surprise qualifier.  An occasional playing partner with Tiger Woods, Smoltz recently committed to three events as a sponsor exemption on the PGA TOUR Champions circuit for men over 50 years of age.

He’ll be competing in the July 9-14 American Century Championship for the 10th time, hoping to ride an improved game to his first victory at Edgewood Tahoe Golf Course, from where the tournament is televised each summer by NBC.

The ambitious schedule of competitive golf is part of Smoltz’s hectic spring and summer schedule covering Major League Baseball for MLB Network and FOX Sports, where he serves as the lead analyst for regular season, post-season and World Series games.Since 2000 Smoltz has played at Lake Tahoe nine times, where he’s finished in the top 10 every year. His best came in 2010, when he tied for second place with Tony Romo (the 2018 American Century Champion), behind winner Billy Joe Tolliver. He was sixth in 2014, has five ninth place finishes and was 10th at last year’s tournament. His upcoming PGA TOUR Champions schedule includes the Cologuard Classic, March 1-3 in Tucson, Ariz.; the Mitsubishi Electric Classic, April 19-21 in Atlanta, Ga.; and the American Family Insurance Championship, June 21-23 in Madison, Wis.
Last summer Smoltz stunned the sports world by qualifying for the U.S Senior Open in regional competition at the Planterra Ridge Golf Club in Peachtree City, Ga.  He went on to compete against the best 50-and-over players in the world at The Broadmoor Golf Club in Colorado Springs. He failed to make the cut, but shot 77 on the second day.

Jerry Milani is a freelance writer and public relations executive living in Bloomfield, N.J. He has worked in P.R. for more than 30 years in college and conference sports media relations, two agencies and for the International Fight League, a team-based mixed martial arts league, and now is the PR manager for FAN EXPO, which runs pop culture and celebrity conventions across North America. Milani is also the play-by-play announcer for Caldwell University football and basketball broadcasts. He is a proud graduate of Fordham University and when not attending a Yankees, Rams or Cougars game can be reached at Jerry (at) JerryMilani (dot) com.
@gbpackjerry
Previous Combate Americas Signs Rivas To Exclusive MMA Promo Contract
Next Chattanooga Football Club Surpasses $500,000 Mark In First 30 Days of Public Offering 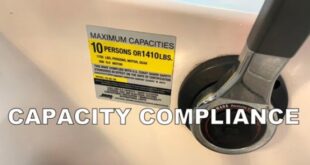