Kicking In Success In MoTown; The Disruptive Business of Detroit City FC

Jerry Milani May 1, 2019 News Comments Off on Kicking In Success In MoTown; The Disruptive Business of Detroit City FC 2,053 Views 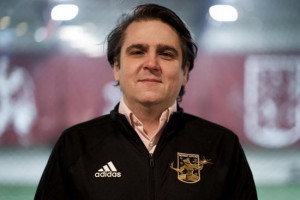 There is no doubt that soccer as a business continues to grow; MLS has announced expansion to more markets, there is great excitement about the US Women’s National Team and the coming women’s World Cup and we see more and more of the world’s elite clubs putting down stakes both on the business and on the grassroots/youth development side.

However one of those cities, one on the rebound with some great disruptive leaders that is carving its own soccer path while flying in the face of the bigger names is Detroit. Detroit City FC has thrived as a community based team playing in the lower tier National Professional Soccer League, with an effort long on community and club.  While MLS determined that the Motor City is not yet ready for their prime tie and big budgets, Detroit City FC and its disruptive leaders keep growing, filling revitalized Keyworth Stadium with a celebration of all things Detroit every home match. Those matches, and the level of play, are also going to rise this summer when the team joins some other like-minded community built clubs that are also adding professional players for the first NPSL Founders Cup. In preparation the team is adding suites fashioned from converted cargo containers and a myriad of other features, along with more brands, to make sure the experience, as well as the matches, continue to be first rate.

How has it worked to this point, we caught up with co-owner Sean Mann, who left a career in political consulting to build a soccer dream in his hometown to give us a little better taste of all the goings on.

SportsMedia Report: In a competitive market like Detroit, how has the club set itself apart from the major teams as an intriguing property for brands?

Sean Mann: Being in a town dominated by the “Big 4” is something we’ve always had to fight against. DCFC – the club and its culture – is really the antithesis of what a lot of professional sports teams in America have come to represent. And I think that’s our strongest asset. It’s a community-first approach; it’s grassroots at its purest. It started from the ground up and has turned into something that a lot of people never imagined it could. It’s an accessible and affordable sporting event in a time when teams are continuously pricing people out of attending games. 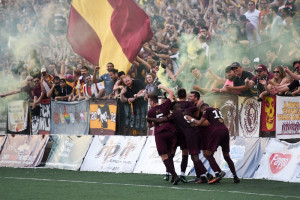 SMR: How valuable is social in telling the story of the club in a cost efficient way? What are some of the ways you have used social to grow the fan base?

SM: Free social media and word-of-mouth were our sole marketing tools for about the first five years of our existence, so to say it has been valuable for us is an understatement – it wasn’t until a couple years when we had the budget to implement an actual marketing budget. From the start in 2012, we’ve never taken ourselves too seriously on Twitter, and that tone of voice set us apart from other teams and helped us reach a larger audience from the start. Not only do we use social to tell our story, but our supporters are very active on social media and are very active in telling the story of our club and our culture.

SMR: Detroit is becoming more and more a rebound city for young people looking to find a niche in business and personally. How does the club fit into that disruptive mix?

SM: I hesitate to call Detroit a “rebound city” because I think that denounces the issues and socioeconomic disparities that are still very much present in the city. It is true that the city has evolved – for better and for worse – and has seen an influx in young people. As for the role we play, it’s hard to say. I think what DCFC represents is a home and gathering space for different communities to come together and stand side-by-side. Hamtramck itself is one of the most diverse cities in America, and DCFC games mirror the diversity that you see outside the confines of Keyworth Stadium. You come to a DCFC game and you’ll be surrounded by people who are different than you. We’re actively harnessing the sport of soccer as a tool for community building.

SMR: The success has brought even more opportunity to your home stadium, which is a comeback story in itself. How is the club adapting to its growing success as a business?

SM: We’re not unlike any other sports team wherein, at the end of the day, it is a business. As we grow, we become more of a club in a true sense of the word. The owners always have an eye toward how new initiatives can benefit the community; I think it’s something we surprise ourselves with year after year. This offseason we renovated a 75,000 square-foot former hockey rink on Detroit’s east side, and turned it into the Detroit City Fieldhouse, an indoor soccer facility with two turf fields and a DCFC-themed bar/restaurant inside. The facility also houses local sports-minded startup organizations. Our community is something that our ownership does not take for granted, and I think it shows in how we adapt and continue to expand and find new ways to be a force for good. This offseason we partnered with youth soccer clubs in Metro Detroit to form our first DCFC Youth affiliations: Canton Soccer Club, Genesee Soccer Club and Taylor Soccer Club will all rebrand as DCFC Youth teams, will wear the Rouge & Gold of the first team and will give kids a structured path to the DCFC first team. These youth partnerships are in addition to our existing youth initiatives like the DCFC/Detroit PAL Select program – which launched last year and is a low to no-cost premier soccer program for Detroit youth.

SMR: You will have an expanded schedule as part of the NPSL Founders Cup this year, along with pro players, how does that change the business side of the club from years past?

SM: With these exciting changes comes more expenses for our organization. For the first time ever, we will be compensating professional players, in addition to providing housing and meals. Most of the funding will come from the increase in revenue that will accompany more matches. Also set to offset increased expenditures are the new suites at Keyworth Stadium, which are built out of repurposed shipping containers and hold 16 people. The suites can be rented for $10,000 per season or $800 for one match.

SMR: Is there any worry of losing that gritty inner-city disruptive culture as Detroit City FC grows as a business and media property?

SM: No. If I’ve learned anything in the last eight years of DCFC, it’s that the more we grow, the stronger our culture gets.

SMR: Lastly, when you and your staff present Detroit City FC as a property, what’s the key value that is offered that makes it unique and stands out from the competition?

SM: We always say we are more than a club. It’s a community, a family, a culture.

Jerry Milani is a freelance writer and public relations executive living in Bloomfield, N.J. He has worked in P.R. for more than 30 years in college and conference sports media relations, two agencies and for the International Fight League, a team-based mixed martial arts league, and now is the PR manager for FAN EXPO, which runs pop culture and celebrity conventions across North America. Milani is also the play-by-play announcer for Caldwell University football and basketball broadcasts. He is a proud graduate of Fordham University and when not attending a Yankees, Rams or Cougars game can be reached at Jerry (at) JerryMilani (dot) com.
@gbpackjerry
Previous Granite Bridge Partners Appoints Award Winning Sports Media Executive Chris Lencheski CEO of Winning Streak Sports
Next Controversial Endings, Heart Stopping Finishes Top Thuuz Sports Most Exciting Rankings For April