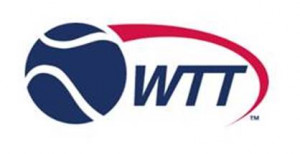 Internationally, WTT is being broadcast in China for the first time ever through video hosting service Youku, WTT’s exclusive media partner in China which will stream all 59 WTT regular season matches via its streaming platform, https://sports.youku.com. In Latin America, Claro Sports and its digital brand, MARCA Claro (@MarcaClaro), are airing 17 WTT matches.

Stats Perform will deliver all 59 live matches to legal betting sites and apps outside North America and China for “watch and bet” streaming throughout the WTT season (July 14 – August 3).

Dailymotion, the video-sharing technology platform, will stream and promote league content on a WTT-branded channel worldwide, including live matches in select international markets. Dailymotion is available internationally in 24 countries and delivers over 250 million unique monthly users.

Eight tape-delayed matches will air on Regional Sports Networks around the country, including on NBC Sports RSNs in Washington, Philadelphia, Boston, Chicago and the Northwest; and on Fox Sports Prime Ticket, San Diego, Southeast and Florida.

“Like many of the fanatical fans who follow, live and love the sport, our goal at World TeamTennis is to grow the game, not just here in the United States but globally,” said WTT CEO Carlos Silva. “By making the 2019 WTT season as accessible as possible through these varied linear and digital connection points our hope is to share the excitement and inclusive passion team tennis brings out.”

WTT is made up of eight teams competing in major markets for the King Trophy, with 17 matches live on television exclusively across CBS and CBS Sports Network from July 14-Aug. 3, highlighted by WTT’s broadcast debut on the network on July 21 when the Philadelphia Freedoms take on the Vegas Rollers live on CBS at 4 p.m. ET/1 p.m. PT. An additional 16 matches will air throughout the season exclusively on CBS Sports Network.

Leading sports streaming service ESPN+ will carry 18 matches exclusively during the 2019 WTT season, with an additional 24 streaming on both ESPN+ and WTT.com.

Jerry Milani is a freelance writer and public relations executive living in Bloomfield, N.J. He has worked in P.R. for more than 30 years in college and conference sports media relations, two agencies and for the International Fight League, a team-based mixed martial arts league, and now is the PR manager for FAN EXPO, which runs pop culture and celebrity conventions across North America. Milani is also the play-by-play announcer for Caldwell University football and basketball broadcasts. He is a proud graduate of Fordham University and when not attending a Yankees, Rams or Cougars game can be reached at Jerry (at) JerryMilani (dot) com.
@gbpackjerry
Previous Coverage of The 148th Open on SiriusXM
Next New Sports channel RUSH joins Flow TV