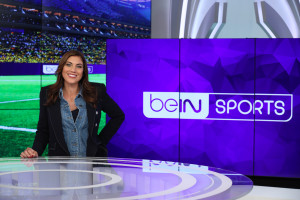 beIN SPORTS is thrilled to welcome Hope Solo as the newest addition to the network’s team of on-air personalities. Hope will be co-hosting a new show, “Weekend Winners” alongside veteran beIN SPORTS journalist, Jeremy St. Louis. The weekly show will premiere on Monday, August 19th at 7 PM ET/ 4 PM PT on beIN SPORTS. Watch as the cast wraps up the weekend with a comprehensive and controversial review of which teams and players came out on top in the world of soccer and which will be faced with a hard case of the Monday blues.

In addition to her tenure on Weekend Winners, Hope Solo will also help kick-off the network’s coverage of the 2019-2020 LaLiga season with appearances on multiple beIN SPORTS shows, including The Soccer XTRA and The Express on August 16th,, 17th and 18th, as well as beIN SPORTS’s digital show, Sports Burst, streaming on Facebook Live on Friday, August 16th.

Hope Solo is without doubt the greatest goalkeeper in the history of the women’s game and a true legend of the U.S. sport, a player who redefined her position. Hope was key in making the USWNT one of the most successful teams in world soccer having helped lead the nation to a World Cup title in 2015 and two Olympic gold medals in 2008 and 2012. Hope set records that will be almost impossible to beat with the greatest number of appearances, starts, wins and shut-outs for a goalkeeper. 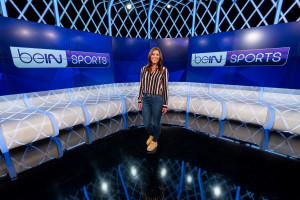 “Hope is an exceptional athlete and inspiring personality to have on our network,” said Antonio Briceño, beIN SPORTS Deputy Managing Director for the U.S. and Canada. “We are confident that Hope will be a great addition to the beIN SPORTS team and are thrilled soccer fans across North America will have the opportunity to watch what one of the top goalkeepers in the world has to say about the sport on ‘Weekend Winners’.”

“beIN SPORTS has been a leader in elevating the level of soccer broadcasting here in North America and its coverage of the game is second to none,” said Solo. “I’m excited to join this world-class team and bring fans a new perspective.”

beIN SPORTS is available nationwide in the U.S. via major traditional and OTT providers including Dish, Charter, Verizon Fios, PS Vue, Sling, Fanatiz, and FuboTV, among others.

Jerry Milani is a freelance writer and public relations executive living in Bloomfield, N.J. He has worked in P.R. for more than 30 years in college and conference sports media relations, two agencies and for the International Fight League, a team-based mixed martial arts league, and now is the PR manager for FAN EXPO, which runs pop culture and celebrity conventions across North America. Milani is also the play-by-play announcer for Caldwell University football and basketball broadcasts. He is a proud graduate of Fordham University and when not attending a Yankees, Rams or Cougars game can be reached at Jerry (at) JerryMilani (dot) com.
@gbpackjerry
Previous ‘La Vida Baseball’ Announces Landmark Content Deal with Houston Chronicle
Next Stadium To Broadcast 31 Regular Season College Football Games