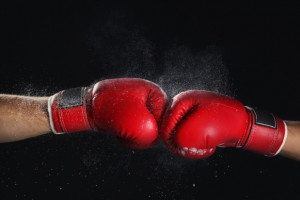 Fight to Fame is a new initiative that’s combining Blockchain, Movies, Sports, and simultaneously giving fighters the opportunity to be featured in Reality TV at the global level which is sure to influence trends in the entertainment industry.

Over the years, we have seen action stars emerging from Bodybuilding, Professional Sports, and even Gymnastics, but rarely fighting. Fight to Fame aims to change by giving a fighter in a developing country the opportunity to be like Jackie Chan or Chuck Norris.

Fight to Fame’s “BMS” Model (Blockchain + Movies + Sports) stands to create a new way forward for entertainment at large, with a Reality TV show launching in 2020 which plans to have 13 episodes filmed around the world.

Fight to Fame could be the once in a lifetime chance for anyone in the world to fight for the possibility to be a Hollywood action star. Not only will the top competitors star in an action-focused reality-show, but they will also obtain real-life acting roles in major action movies, giving them an opportunity to become the new global action stars in the entertainment industry.

Currently, in casting for the reality TV Show, the company has robust plans to leverage blockchain to manage contracts and compensation, and allowing fans to directly vote for-and financially engage with-their favorites.

Brands will also be able to get in on the action, of course. This approach is revolutionary for the fighter’s rights, but it isn’t the most exciting part of the project — Fight to Fame plans to create a new pipeline directly from the ring to the Hollywood soundstage.

The unique competition will bring together athletes from almost 200 countries and regions worldwide. Fight to Fame will be giving amateur athletes a chance to compete for Hollywood stardom.

The contestants will compete in sports tournaments as well as an action star reality show, and championship titles. At the end of the program, their experience in the entertainment industry achieved through Fight to Fame’s reality TV show will prep them for their career in Hollywood as action heroes.

Fight to Fame will work with a team of accomplished World Champion fighters who will be acting as ambassadors for the project. They will help to recruit global athletes to register for the unique competition.

Anyone Can Take a Shot

The competition will be open to anyone who has the skills to fight their way into Hollywood. Potential contestants have been invited to register on the Fight to Fame website, where they will be entering their names, contact information, photo, their fighting style, honors, height, weight, gender, nationality, and birthdate. Applicants who upload a video in addition to a photograph will get special certificates signed by the global champion ambassadors of Fight to Fame.

The First of its Kind

There is no other outfit in Hollywood that produces action stars. Fight to Fame will be the first of its kind. It will also be the first such initiative to incorporate blockchain technology in a reality show that will usher in a new crop of world champion fighters battling for stardom. Organizers are aiming to both raise the standards for future films globally and change how people relate to movies, events, sports and television.

Training to be an Action Star

Contestants will undergo rigorous training during the entire process, preparing them for stardom. They will be trained in stage punching, stunt work, acting, and fitness. When they are not learning how to dodge punches, they will be learning how to field difficult questions from the media through media training.

The contestant who becomes a star will have successfully gone through all five phases of the program. Phase one will begin with registration on the Fight to Fame website, followed by regional contest rounds whereby the contestants will go through preliminaries and have their skills critiqued by an expert team of Fight to Fight ambassadors. Athletes will bring with them a wide variety of skills: from Tae Kwondo, to Muay Thai, Boxing, Standing Martial Arts, Jiu Jitsu, and MMA among others.

Phase three will be the grand finale, where the stage fighting scenes with popular Hollywood action stars test their endurance with extreme sports while evaluating their performance in a Hollywood action clip.

The contestants will receive feedback from mentors as well as the audience who will be using blockchain technology to vote. Fans will be participating in choosing who among the contestants gets their chance at stardom. Through the use of FF tokens, fans can buy tickets to the events and access VIP offers online through the platform.

In the Fourth phase, participants who outshine the others in different types of martial arts will be awarded with gold belts.

The Fight to Fame Champion will be declared in the fifth stage, and he/she will be ready to launch their Hollywood career.

Fight to Fame wants to do things differently through embracing blockchain and cryptocurrencies. The use of blockchain should enhance transparency, and make it easier for everyone to participate. Fight to Fame will use blockchain technology to ensure that the voice of the audience is respected. Users will use their FF tokens to access the Fight to Fame platform, get series cards, and vote for their preferred contestant.

The token model is easier to use for the fans, not to mention more transparent. The project will be putting more power in the hands of the audience and the fighters.

Jerry Milani is a freelance writer and public relations executive living in Bloomfield, N.J. He has worked in P.R. for more than 30 years in college and conference sports media relations, two agencies and for the International Fight League, a team-based mixed martial arts league, and now is the PR manager for FAN EXPO, which runs pop culture and celebrity conventions across North America. Milani is also the play-by-play announcer for Caldwell University football and basketball broadcasts. He is a proud graduate of Fordham University and when not attending a Yankees, Rams or Cougars game can be reached at Jerry (at) JerryMilani (dot) com.
@gbpackjerry
Previous SportsGrid Network Launches on PlutoTV
Next New Fund Launches To Grow Soccer From The Grassroots Up…