Home / Analysis / In Washington, Continuing To Make A Monumental Jump In Gaming

In Washington, Continuing To Make A Monumental Jump In Gaming

Jerry Milani December 22, 2019 Analysis, News Comments Off on In Washington, Continuing To Make A Monumental Jump In Gaming 1,792 Views 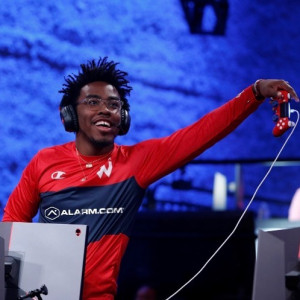 Washington has certainly seen its share of sports success in recent years: a Caps Stanley Cup, the Nats in MLB, the Mystics in the NBA, Virginia not that far away in men’s hoops, even now Georgetown in soccer. Mixed in with all that traditional success is the forward looking work at Monumental Sport and Entertainment, and hat owner Ted Leonsis is doing to rejig the future fan and the fan experience. From the OTT business to re-envisioning an umbrella organization like Monumental Basketball (with three teams…the Wizards, Mystics and G League GoGo) to esports and gaming, MSE is trying to keep inning and disrupting how and what sports and technology do. While a good amount of that envisioned leadership falls under senior vice president of strategic initiatives Zach Leonsis, there are a number of super smart people leading many of the verticals, including the organizations work in the gaming space, in NBA2K and now with Caps Gaming.

In the latter, MSE made a pretty big splash in the last few months by becoming the first organization with an NHL team to create a formal business around gaming and hockey. They also were the first to sign one of the best in that vertical, gamer John Wayne, and are helping lead the charge as the NHL re-envisions gaming engagement like the NBA has.

What does it all mean and how does it really work? We asked Andrew McNeil, Monumental’s Director of esports, to break it down. 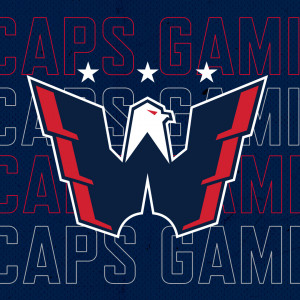 SportsMedia Report: What’s the biggest misconception people have when you talk to them about Caps Gaming or NBA 2K vs traditional esports?

Andrew McNeil: The biggest misconception we tend to face when it comes to Wizards District Gaming or Caps Gaming is just how seriously we here at Monumental Sports & Entertainment take esports. We pride ourselves on being a first mover in esports at MSE and we want everything we do to be top-notch. Both esports are in their infancy when compared to some of the more endemic esports, but we are dedicating serious resources to help our teams compete and grow the professional scene for these esports.

SMR: Who is the audience for the verticals you oversee?

AM: Our audience is a younger demographic that isn’t exactly tuning in on a regular basis to watch Wizards and Capitals games on linear TV. They’re engaging with those brands through NBA 2K20 or NHL 20, they’re following them and engaging with them on social media. These are the eyeballs that we’re hoping to capture by creating teams and competitions that live on platforms that are free to watch.

SMR: You now have a Caps Gaming platform that is a first in the NHL space. How did it come about and what has the response been?

AM: MSE had two different esports events for the Washington Capitals last year, the Capitals Esports Face-Off and the Chel Classic, which we did in conjunction with the Tampa Bay Lightning. Going into the 2019-20 NHL season, we wanted to try to do more to help advance NHL esports this season. The fact that we actually have an esports department, thanks to our involvement in the NBA 2K League, put us a leg up on most other NHL franchises. So we launched a dedicated sub-brand this year, Caps Gaming, that we’ll hopefully eventually take into a formal NHL esports league in the future. That, along with our 6v6 competition this season, the Caps Gaming Showcase, and our signing of John Wayne as an official streamer for Caps Gaming has resulted in an incredible response from the NHL esports community.

SMR: Tell us about JohnWayne and his value to the effort?

AM: We knew as a part of our NHL esports plans this season we wanted to “sign” one or two pros to stream from the Capitals’ official Twitch channel and represent Caps Gaming at NHL esports events this year and JohnWayne was one of the first pros we identified. He’s been incredibly successful at the NHL Gaming World Championships, finishing third in the first NHL GWC in 2018 and second in 2019, and we’re in the business of winning at MSE, so that was a big part of why we targeted him. But he’s also an incredibly well liked and respected member of the NHL esports community. It seems like everyone in the NHL esports scene has a nice thing to say about John, so we thought he would be a great ambassador for not only the Caps Gaming brand, but also to be the first person to officially “sign” with an NHL team and blaze that trail. 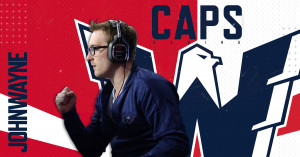 SMR: How has brand integration gone on the NBA2k side?

AM: Brand integration on the NBA 2K League is going incredibly well. We are fortunate compared to some of the more endemic esports that basketball and the NBA has already set an example of how to integrate brands in-game, and with the NBA 2K League we’re able to translate that to the digital hardwood in a nearly apples-to-apples way. Couple that with the fact that NBA 2K is an E for Everybody title that doesn’t scare companies off and instead is very inviting, that has made integrating brands into the league and into our team seamless.

SMR: Explain to people how the support of MSE has enhanced the growth of the NBA2K team. Are the players in market during the season? How does all that work with training etc?

AM: We are fortunate in that MSE Chairman Ted Leonsis is one of the biggest evangelists for esports out there. Every conference he speaks at, every podcast he’s a guest on he’s talking about how esports is the future of sports entertainment. He’s even got his keys on a Wizards District Gaming lanyard. He cares about Wiz DG and the NBA 2K League. So when the organization was restructuring the front office for our Washington Wizards NBA team and created this new Monumental Basketball platform for the Wizards, WNBA Champion Washington Mystics, and our NBA G League team the Capital City Go-Go, he made sure that Wizards District Gaming was included in that platform as well. So now Wiz DG has access to the same resources as those other three basketball teams here at MSE. We’re working with former Georgetown Men’s Basketball coach John Thompson III, the new VP of Player Development & Engagement, to create a new player onboarding process and support system for our Wiz DG players. We’re working with the Wizards analytics team to create a new statistical database to better game plan and evaluate players in the NBA 2K League. Our head coach Patrick Crossan is consulting with Wizards GM Tommy Shephard for guidance on offseason moves and shadowing Go-Go head coach Ryan Richman at Wizards training camp. And through MSE’s partnership with MedStar, our players have access to tremendous resources when it comes to health and physical training.

SMR: You have the top pick in the draft this spring. Other than a great player what else does one look for in terms of marketable stories?

AM: Definitely first and foremost for us is finding a top player. Before anything, we want to win, so finding the best player possible is our priority with our #1 pick in the upcoming NBA 2K League draft. But we can’t lie and say that part of our process isn’t thinking about the backstories of the players we’re evaluating and how we can market them. We don’t want our head coach necessarily thinking about that, but others of us in the organization are absolutely preparing for that. One of our retained players heading into next season, Dayfri, is one of the most marketable players in the NBA 2K League and has built quite a following. And that benefits not only him personally, but it also helps lift up Wizards District Gaming and the NBA 2K League as a whole. So from a business standpoint, as our head coach evaluates the top prospects and figures out who is the best fit to help us win a 2K League championship next season, the rest of us are thinking about how that person will best help us tell that story.

SMR: Have you seen a lot of crossover interest from the teams to date? Any athletes who are gamers as well?

AM: There has definitely been interest from the teams, though NBA 2K League rules limit how much we can do with them. Probably the biggest gamer on any of the teams is Aerial Powers from the Washington Mystics. She streams Apex Legends on Twitch pretty regularly, especially now while she’s player overseas in China during the WNBA offseason. She has been by the Wizards District Gaming Studio to meet with Wiz DG staff and talk about building her personal brand through gaming.

SMR: Lastly, NBA2K has grown to the point that you were abroad for the launch of a European initiative. Where would you like to see both NBA2K and caps gaming let’s say by this time in two years?

AM: We’re excited about the growth of both esports in the future and want to continue to be the organization at the forefront of driving both of those professional esports scene forward. We love that the NBA 2K League is already expanding internationally in season three with Gen.G joining the league and hope that trend only continues. On the NHL front, we have our fingers crossed that a formal NHL esports league is developed in the near future. If and when it does, you can expect that Caps Gaming will be one of the first teams to raise their hands to join in.

Jerry Milani is a freelance writer and public relations executive living in Bloomfield, N.J. He has worked in P.R. for more than 30 years in college and conference sports media relations, two agencies and for the International Fight League, a team-based mixed martial arts league, and now is the PR manager for FAN EXPO, which runs pop culture and celebrity conventions across North America. Milani is also the play-by-play announcer for Caldwell University football and basketball broadcasts. He is a proud graduate of Fordham University and when not attending a Yankees, Rams or Cougars game can be reached at Jerry (at) JerryMilani (dot) com.
@gbpackjerry
Previous GOLFFOREVER Introduces New Mobile App, Course Management Series By Justin Leonard
Next MSG Networks to Air ‘Complex Christmas’ Marathon Starting Tonight