Home / News / WAVE.tv Raises $32M in Series A Funding Round

WAVE.tv Raises $32M in Series A Funding Round 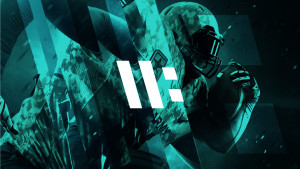 WAVE.tv, the sports media company for today’s fan, announced that it has closed a $32 million Series A funding round, of both equity and debt. The round was led by CoVenture and GPS Partners with participation from existing investors Golden Ventures and Sweet Capital, as well as new investors.

With the new funding, WAVE.tv will grow the business into a comprehensive sports entertainment company with an eye for continued category and platform expansion, IP and talent development, eCommerce, acquisitions, sports betting, and more.

WAVE.tv, founded in 2017, was built upon a very simple premise – to entertain digitally native fans with the programming they love, in the places where they spend the most time, namely Snapchat, Instagram, Facebook, TikTok and Youtube. In many respects, the company has been on a three year journey to reverse engineer a modern day sports entertainment company.

The round follows an incredible year for WAVE.tv, during which it became the 4th largest sports media entity, and fastest growing overall, globally (per Shareablee). With over 18 media brands in the WAVE.tv portfolio, the company generates 3.2B monthly views, while reaching over 200M fans each month.

“At its core, our business has always been and will continue to be an adaptation of legacy sports media, simply re-imagining the same stories and narratives fans have cared about for generations, into programming best suited for the core and emerging digital platforms where today’s fan spends their time,” said Brian Verne, co-founder and CEO at WAVE.tv. “Early on that meant developing a deep passion and understanding for how this generation consumes content, and in many respects, forcing ourselves to not try and reinvent the wheel – fandom + formats + IP is our recipe for developing new hit programming. At the next stage of our business we’re focused on expanding our portfolio of media brands onto new platforms. We’ll launch new ones within fandoms that we view as underserved, diversifying our programming formats, and (developing IP within) entering complimentary areas of the ecosystem that can benefit from our core underlying currency, attention.”

Within sports entertainment, there are fandoms that exist across every genre of sports. WAVE.tv created a portfolio of media brands that cater to these fandoms, that simply house programming within a specific genre. Their programming delivers fans an experience across a multitude of sports topics and categories.

In many ways WAVE.tv’s programming is a modern version of ABC’s Wide World of Sports, a groundbreaking and iconic TV show from it’s birth in 1961 through the 90’s.

WAVE.tv will use the new funds to expand its roster of media brands onto new platforms and launch new media brands in categories of fandom not yet represented in their portfolio. Utilizing a two pronged approach, they will organically build new media brands and/or acquire companies that have their own distinct voices and identities in genres and fandoms WAVE.tv has identified as growth areas. These new media brands will expand upon WAVE.tv’s strategy of deeply engaging Gen Z and Millennial audiences across a diverse array of fandoms, in a variety of formats.

“We bring fans a far wider array of sports than what can be found on traditional broadcast and elsewhere, which is a byproduct of our partnership with a wide range of leagues and rights holders,” said WAVE.tv co-founder and President, Ishaan Sutaria.

WAVE.tv partners with dozens of leagues and rights holders to transform their IP into programming for core and emerging digital, and thinks of their portfolio of media brands as vessels to organize and distribute this programming. To date, the company has 42 partners representing 65+ properties inclusive of some of the biggest fan bases such as MLB, MLBPA, FIBA, World’s Strongest Man, National Lacrosse League, Bellator, EDGESPORT and more.

“To us, WAVE.tv is building on tomorrow’s economy, said Ali Hamed, co-founder and Partner, CoVenture. When we think of Instagram, Snap, TikTok and other social platforms, we spend a lot of time trying to understand the equity value of the various handles in this ecosystems. They themselves hold valuable real estate within those communities. Their followers, their brands, and their engagement all act as barriers to entry. And unlike the last wave of media, this one will be won by the long tail, not the cable networks that were forced upon us by our TV packages. It will be won by a collection of properties highly relevant to the audiences they serve, communicated through authentic voices, and we’re just scratching the surface. A lot of our thesis centers around investing and financing assets that have never existed before, or never been institutionally financed before – these social handles absolutely fall into that category.”

Jerry Milani is a freelance writer and public relations executive living in Bloomfield, N.J. He has worked in P.R. for more than 30 years in college and conference sports media relations, two agencies and for the International Fight League, a team-based mixed martial arts league, and now is the PR manager for FAN EXPO, which runs pop culture and celebrity conventions across North America. Milani is also the play-by-play announcer for Caldwell University football and basketball broadcasts. He is a proud graduate of Fordham University and when not attending a Yankees, Rams or Cougars game can be reached at Jerry (at) JerryMilani (dot) com.
@gbpackjerry
Previous La Vida Baseball Rolls Out Strong Lineup For MLB Opening Week
Next Inaugural 360 Hoops Invitational Tips Off At DME Sports Academy In Daytona Beach Through Saturday