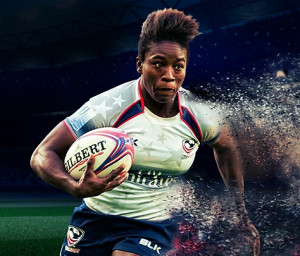 United World Sports, the organizers behind the largest annual rugby events in the United States; and USA Rugby, the national governing body of rugby in America, announce that the HSBC World Rugby Women’s Sevens Series will return to Las Vegas for 2017, uniting it with the annual USA Sevens International Rugby Tournament, March 3 – 5 at Sam Boyd Stadium. The women’s competition returns to Las Vegas since it moved to Atlanta in 2014.

The unification of the men’s and women’s competitions will significantly add to what is already the premier annual rugby event in the United States, and what is rapidly becoming one of the biggest global events for the fastest-growing sport in the United States. The 2017 HSBC Women’s Sevens competition in Las Vegas will be the third of six stops in the global HSBC World Rugby Women’s Sevens Series featuring 12 teams beginning Friday, March 3.

“We are very proud to work with United World Sports to combine the 2017 men’s and women’s HSBC Seven Series for what will be an unforgettable weekend in Las Vegas,” said Dan Payne, CEO of USA Rugby. “The HSBC Sevens Series in Las Vegas has become not just the largest rugby event in the United States, but one of the biggest overall weekends in Las Vegas in terms of tourism and spending, and this will add an entirely new level of elite competition, pageantry and interest to the city and to our fast-growing sport.”

“We welcome the combined event for 2017, and look forward to working collaboratively with USA Rugby to continue to grow the sport in the United States,” said Jon Prusmack, CEO of United World Sports. “The HSBC Sevens Series weekend in Las Vegas has become the showplace for the sport in the United States, and the addition of the women’s event will take the interest to another level.”

Over 80,000 people are expected to attend the three days of non-stop play, bringing over $30 million into the local economy and ranking it among one the largest weekends for any event held in Las Vegas.

Jerry Milani is a freelance writer and public relations executive living in Bloomfield, N.J. He has worked in P.R. for more than 30 years in college and conference sports media relations, two agencies and for the International Fight League, a team-based mixed martial arts league, and now is the PR manager for FAN EXPO, which runs pop culture and celebrity conventions across North America. Milani is also the play-by-play announcer for Caldwell University football and basketball broadcasts. He is a proud graduate of Fordham University and when not attending a Yankees, Rams or Cougars game can be reached at Jerry (at) JerryMilani (dot) com.
@gbpackjerry
Previous World’s Biggest Clubs Unite to Create Dugout – The Ultimate Digital Football Platform for Fans
Next Burke, Trask Among WISE Award Finalists