Home / Analysis / Where is Twitter Streaming Making An Impact In Sports? How About Lacrosse?

Where is Twitter Streaming Making An Impact In Sports? How About Lacrosse?

Jerry Milani February 16, 2017 Analysis, News, On The Air Comments Off on Where is Twitter Streaming Making An Impact In Sports? How About Lacrosse? 12,119 Views 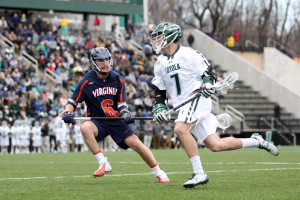 There was huge buzz around Twitter’s mega partnerships with leagues like the NFL and how the live streaming of games on the platform will be transformative. While there is no doubt those partnerships are still evolving and have become a great conversation and marketing piece on what is already a massive media machine, there is always debate over how live streaming with a platform like Twitter could move a niche property.

We may have gotten a glimpse into that this past weekend with of all sports lacrosse. Lacrosse, along with rugby, continue to be two of the fastest growing team sports in North America, according to industry organizations like the Sporting Goods Manufacturers Association. Their demos are pretty young, very engaged and quite authentic and dedicated, and their content distribution is still emerging. That’s where things get interesting, when a distribution partner like Campus Insiders gets involved.

Earlier this year, Campus Insiders, which is part of Chicago-based media company Silver Chalice, announced a deal with Twitter that would allow the live stream of 300+ live college events from a variety of sports including football, basketball, lacrosse, soccer, baseball, volleyball, field hockey, water polo and swimming. They started in the fall with games of The Mountain West and have gone on from there, to various degrees of success.

However this past Saturday was an eye-opener, as a men’s lacrosse match between #5 Loyola University Maryland and #15 University of Virginia made history as the first NCAA men’s lacrosse game ever streamed live on Twitter and drew over 680,000 unique viewers. It marked the most viewed college live stream for any sport on Twitter thus far, and showed that a streaming audience of engaged fans will support a digital first platform, especially when driven by a marketing and viewership platform like Twitter.

“Campus Insiders is thrilled with the response to the first lacrosse stream on Twitter,” said Adam Anshell, vice president of networks and live events for Campus Insiders. “It’s a perfect match to be able to utilize the wide reach of Twitter to bring great content to the underserved and hungry lacrosse fan base. We’re excited to bring more games in the future.”

So is this the model and the measuring stick for other sports, from soccer to wrestling? Or is an outliar? “There is no doubt that the business model is changing for networks, whether that is for niche college sports like lacrosse or for sports like Drone Racing and Drag racing,” said Chris Lencheski, a professor at Columbia, longtime sports marketer and Vice Chairman of Board & Chief Executive Officer of IRG Sports + Entertainment. “The live streaming business for traditional sports properties is still maturing and the monetization will be figured out. However for a smaller, targeted and younger demo, if you can find the audience and deliver them the content on whatever device they choose and be diligent about constant engagement, you are going to find your way, and this elite lacrosse matchup is a great example, and maybe a glimpse into the future.”

While even those pushing cord cutting and cord shaving don’t see The Final Four or The Super Bowl moving away any time soon, the live stream as an alternative for the big event, as we saw with this year’s game in Houston, can become an add on with impact, and for other events, it can be the go-to rather than the alternative. For years lacrosse has looked to lead, maybe now they are finding their way, with some savvy partners in the digital space.

Jerry Milani is a freelance writer and public relations executive living in Bloomfield, N.J. He has worked in P.R. for more than 30 years in college and conference sports media relations, two agencies and for the International Fight League, a team-based mixed martial arts league, and now is the PR manager for FAN EXPO, which runs pop culture and celebrity conventions across North America. Milani is also the play-by-play announcer for Caldwell University football and basketball broadcasts. He is a proud graduate of Fordham University and when not attending a Yankees, Rams or Cougars game can be reached at Jerry (at) JerryMilani (dot) com.
@gbpackjerry
Previous ‘Andre The Giant’ to Debut on HBO
Next Equestrian Lifestyle Channel Set To Make Debut In Canada