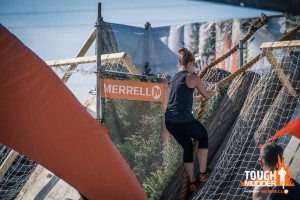 With $50,000 on the line, one of the largest prize pools in the fitness sport and obstacle course racing (OCR) industries, Tough Mudder X will pit top male and female athletes across multiple disciplines, ranging from OCR to HIIT/functional fitness training to racing, against one another. The competition will test their strength, agility and speed over a one-mile course in search of the fittest and fastest athletes in the world. $25,000 will be awarded to both the first place male and female finishers.

“The debut of Tough Mudder X , in partnership with CBS Sports, solidifies our commitment to innovation and continued leadership in the sports event world by debuting the ultimate race in sports that will capture all the hottest elements occupying elite athletes and sports fitness enthusiasts alike,” said Will Dean, Co-Founder and CEO, Tough Mudder, Inc. “Due to the overwhelming success of World’s Toughest Mudder on CBS, the expansion of our partnership to broadcast further positions Tough Mudder as a leading active lifestyle sports brand and video content company. We can think of no better partner than CBS Sports to bring this new sporting event and all of its drama, action, and excitement that makes for compelling sports television to millions of viewers and fans across the United States.”

“We are excited to expand our partnership with Tough Mudder and debut all programming, including the innovative new Tough Mudder X, on CBS,” said Dan Weinberg, Executive Vice President of Programming for CBS Sports. “We look forward to further showcasing Tough Mudder’s world class athletes and competitions, and all the drama surrounding their biggest events.”

Tough Mudder X is a one-mile course that combines the ultimate physical challenges and mental grit of a Tough Mudder course with the intensity of a timed, functional fitness workout and speed of a world-class mile. Elite athletes will be pushed to the brink of their limits as they conquer 10 of Tough Mudder’s most signature obstacles, including Kong, Everest 2.0 and Funky Monkey – The Revolution, and 10 functional fitness stations known as Workout Zones, in a battle to be the fastest to cross the finish line. 200 selected athletes will compete in qualifying heats with the top 12 male and female finalists progressing to the Final Rounds taking place on the same day. Tough Mudder X will take place on Friday, July 14 in Hugo, Minnesota.

The Tough Mudder broadcast schedule on CBS is as follows (All times Eastern):

Jerry Milani is a freelance writer and public relations executive living in Bloomfield, N.J. He has worked in P.R. for more than 30 years in college and conference sports media relations, two agencies and for the International Fight League, a team-based mixed martial arts league, and now is the PR manager for FAN EXPO, which runs pop culture and celebrity conventions across North America. Milani is also the play-by-play announcer for Caldwell University football and basketball broadcasts. He is a proud graduate of Fordham University and when not attending a Yankees, Rams or Cougars game can be reached at Jerry (at) JerryMilani (dot) com.
@gbpackjerry
Previous Spider-Man, NBA Fan: Sony Pictures And ESPN Team Up For Four Innovative Spots Airing During NBA Finals
Next Drone Racing Makes A Bet To Find A Larger Audience