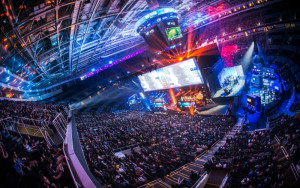 eSports remains the Wild West, with companies looking for the best way in but knowing very little. A new advisory business launched today with the hopes of bringing some sanity to all aspects of the fast-growing platform, from events to the college space.

ReKTGlobal, Inc., announced a business expansion with the official launch of three new ventures for the business community; ReKTVenues, ReKTLive and ReKTMedia.

“My vision is that every city will have an eSports venue and every professional sports team will have an eSports strategy,” said founder Amish Shah in a release. “ReKTGlobal has the solutions to help them navigate through the ecosystem,” continued Shah, an early investor in the eSports space with Gameco, the “First Video Game Slot Machine,” professional eSports Team EnVyUs and Drone Racing League before finding the sweet spot of eSports infrastructure building with ReKTGlobal.

“We at Sterling Select, considered partnering with Amish in his investment in Team EnVyUs in early 2016 but ultimately decided it was too nascent and unchartered at the time,” said managing partner Christopher J. Steele. “However, when Amish came to me and shared his vision for ReKTGlobal and esports infrastructure, I determined that it was a better fit for the Select platform. Given the estimates of the growth of the industry, Select’s sees ReKTGlobal as being in the right space, at the right time with the right team, which we are excited to be an integral part of as co-founders.”

Also joining the launch team is Vice President of eSports Kevin Knocke, an industry go-to who has led content and events for partners like Blizzard Entertainment, IGN, SiriusXM, Sony, SXSW, E3 and many more.

With all that experience maybe this will be the sane place for brands, teams and even pro sports leagues to go to navigate what is becoming an insane and reckless money grab. Professionalism in the space is needed.

Jerry Milani is a freelance writer and public relations executive living in Bloomfield, N.J. He has worked in P.R. for more than 30 years in college and conference sports media relations, two agencies and for the International Fight League, a team-based mixed martial arts league, and now is the PR manager for FAN EXPO, which runs pop culture and celebrity conventions across North America. Milani is also the play-by-play announcer for Caldwell University football and basketball broadcasts. He is a proud graduate of Fordham University and when not attending a Yankees, Rams or Cougars game can be reached at Jerry (at) JerryMilani (dot) com.
@gbpackjerry
Previous Unikrn and Betgenius Partner to Create Immersive Live Esports Betting Platform
Next Talk Stream Live Launches “Sunday Night Sports Talk” with Don and Galen Criqui