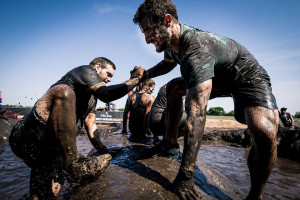 Deemed the toughest mile on the planet, Tough Mudder X, with presenting event sponsor KILL CLIFF, the leader in clean recovery and endurance drinks, combines all the leading elements in sports fitness ranging from obstacle course racing (OCR) to HIIT/functional fitness training to racing. With $50,000 on the line, one of the largest prize pools in the fitness sport and OCR industries, the competition pits top male and female athletes in the world across multiple disciplines against one another. The race tests strength, agility and speed over a one-mile course, replete with 10 obstacles and Workout Zones.

“Due to the success of the inaugural Tough Mudder X on CBS in 2017, we are excited to expand the competition,” said Will Dean, Co-Founder and CEO, Tough Mudder, Inc. “Tough Mudder X solidifies our commitment to innovation and continued leadership in the sports event world. The expansion also further positions Tough Mudder active lifestyle sports brand and video content company.”

Jerry Milani is a freelance writer and public relations executive living in Bloomfield, N.J. He has worked in P.R. for more than 30 years in college and conference sports media relations, two agencies and for the International Fight League, a team-based mixed martial arts league, and now is the PR manager for FAN EXPO, which runs pop culture and celebrity conventions across North America. Milani is also the play-by-play announcer for Caldwell University football and basketball broadcasts. He is a proud graduate of Fordham University and when not attending a Yankees, Rams or Cougars game can be reached at Jerry (at) JerryMilani (dot) com.
@gbpackjerry
Previous Barstool Radio Channel Launches on SiriusXM Wednesday
Next NBC Olympics Produces Original Series To Preview Winter Olympics