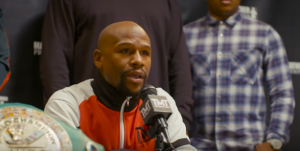 Daily fantasy sports app Daily Number, today announced its exclusive partnership with legendary boxer Floyd Mayweather. This announcement was delivered as a fight promotion “pump fake” that put the boxing world on notice and signaled the start of an exclusive partnership between the app and one of the most famous boxers in history. Daily Number is founded by successful entrepreneur Tom McAuley.

To officially announce this partnership, Daily Number worked closely with Mayweather and Connor Kroll, both of whom have joined the company as equity partners along with Co-Founder and All-Pro NFL Cornerback Richard Sherman, to covertly orchestrate a pseudo fight promotion aimed at shocking the sports world into believing one of the most successful boxers of all time was coming out of retirement. Mayweather ignited the rumor mill by posting a teaser video on his social media accounts on Monday, teasing a big announcement. Today, Mayweather made his much-anticipated big announcement with another video on social media. In the video, the global sports icon held a fake press conference to announce his exclusive partnership with Daily Number.

“I’m excited to announce to the world that The Money Team is now Team Daily Number,” said Mayweather. “You’re talking about the highest paid athlete of all time. It doesn’t take me 10 years to collect a couple hundred million like those guys playing baseball. Daily Number and my brand together is a guaranteed home run.” 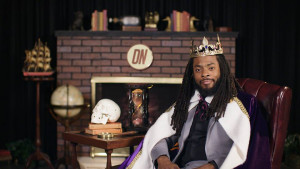 The artificial fight promotion is just the beginning for Daily Number, which will be rolling out unique content over the next year featuring Mayweather, Sherman, Antonio Brown, Paul Pierce and more.

“Daily Number is just going to keep punching you in the mouth,” said McAuley. “Right when you think we’ve stretched the limits of what is possible for an early stage company, we’re going to hit you with the next thing. It truly is an exciting place to be, where the craziest idea you can imagine is executable. That’s 100% a factor of the incredible people that have bought into what we’re doing.”

Jerry Milani is a freelance writer and public relations executive living in Bloomfield, N.J. He has worked in P.R. for more than 30 years in college and conference sports media relations, two agencies and for the International Fight League, a team-based mixed martial arts league, and now is the PR manager for FAN EXPO, which runs pop culture and celebrity conventions across North America. Milani is also the play-by-play announcer for Caldwell University football and basketball broadcasts. He is a proud graduate of Fordham University and when not attending a Yankees, Rams or Cougars game can be reached at Jerry (at) JerryMilani (dot) com.
@gbpackjerry
Previous 2021: The Sports OTT Tipping Point – Deltatre Unveils Future of Sports Streaming Report
Next GOLF.com Soars as Tiger Roars