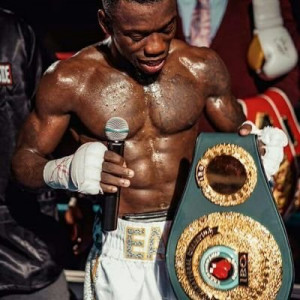 The first collaboration, being televised live on CBS Sports, will debut June 22 at 7 p.m. in Cleveland at CSU’s Wolstein Center and will include an international fight card featuring Froilan Saludar (30-3) of the Philippines and USA’s Dewayne Beamon (16-1) clashing for the 115-pound title.  Canadian Super Welterweight Cody Crowley (17-0) will go toe-to-toe with Irishman Alfredo Meli (16-0) from England for the 154-pound title and Cotto Promotions’ own Jose Martinez (20-1) from Puerto Rico will be featured in a Super Flyweight bout.

“Working with the former champ and his promotions team is a great honor,” said E Jay Mathews, CEO of Bigger Than Life Entertainment. “We have aligned our team to present world-class boxing across the globe and partnering with Miguel allows us to better position ourselves with brands across diverse categories.”

Bringing more excitement to the evening and surrounded by the home crowd is Cleveland’s own undefeated Isaiah Steen (12-0) and Miguel Angel Gonzalez (24-4), who will both fight in their respective divisions.

Ray Leonard Jr., son of six-time world champion, Sugar Ray Leonard, along with actor and television host, Chris Spencer, will be commentating during the event while world renowned clothing designer, Karl Kani, in partnership with the MAC Series, will be providing outfits for the ring girls.

Tickets are on sale at www.Wolsteincenter.com or Wolstein Center Box Office on CSU campus. Order on FITE TV for US and Canada and/or tune in on June 22 at 11 p.m. ET/ 8 p.m. PT to CBS Sports.

Jerry Milani is a freelance writer and public relations executive living in Bloomfield, N.J. He has worked in P.R. for more than 30 years in college and conference sports media relations, two agencies and for the International Fight League, a team-based mixed martial arts league, and now is the PR manager for FAN EXPO, which runs pop culture and celebrity conventions across North America. Milani is also the play-by-play announcer for Caldwell University football and basketball broadcasts. He is a proud graduate of Fordham University and when not attending a Yankees, Rams or Cougars game can be reached at Jerry (at) JerryMilani (dot) com.
@gbpackjerry
Previous U.S. Open Polo To Air On CBS Sports, Eurosport
Next OUTFRONT Media Reveals Content Partnership With The New York Jets