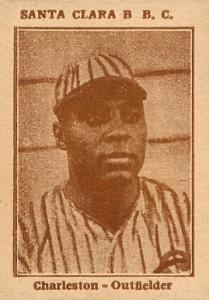 Asked to list the greatest players in Negro League history, names like Josh Gibson, Satchel Paige and Cool Papa Bell likely leap to mind first for most fans with at least a passing knowledge of pre-integration baseball. Jackie Robinson, though he only played there for a short time, might be fourth. Buck Leonard, Smokey Joe Williams and Buck O’Neill, thanks to Ken Burns’s “Baseball” PBS series, also gained some familiarity among fans.

But, perhaps better than them all was the great Oscar Charleston, whose obscurity relative to his contemporary fame is so great that his own hometown of Indianapolis has barely recognized as one of their own one of the most legendary players in baseball history.

Where Gibson hit prodigious home runs that seemed out of a Paul Bunyan tale, Paige offered a larger-than-life personality and several years of Major League service, and Bell’s blinding speed led to the memorable line that he could “turn off the light and be in bed before it got dark,” Charleston’s legacy is not as straighforward. With no relatives keeping the flame alive, less flash than his fellow Negro League stars, and a career that peaked in an era when even less attention was paid to black baseball—and fewer extant statistics—Charleston fell off the radar of most fans. Even with his prominent inclusion in works like the seminal Only the Ball Was White by Robert Peterson in 1970 and 1976 induction into the National Baseball Hall of Fame, Charleston’s status among the game’s elites is less recognized. 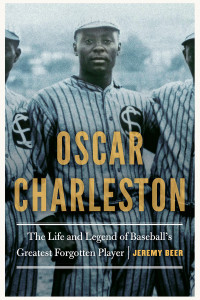 Jeremy Beer, in Oscar Charleston: The Life and Legend of Baseball’s Greatest Forgotten Player (University of Nebraska, 417 pps., $29.95), takes a big leap in addressing that inequity. And while Charleston’s life story may not have the twists and turns of Paige’s nor the legendary stories of Gibson’s and Bell’s, the Indianapolis native’s life of nearly 40 years in the game, from pre-Negro National League player to bona fide superstar to a long career as a manager and player evaluator is more than worthy of the kind of detailed biography that Beer presents here.

Beer takes the reader on a virtual tour of black baseball, from the pre-NLL days right through its last gasps in the early 1950s when its best players headed to “Organized” baseball after Robinson and Larry Doby kicked the doors down in the National and American Leagues, respectively. It’s the details in Beer’s work that bring the story to life, like passages on game times, tales of travel and other difficulties, and the relative quality of not just the players but the equipment vs. what was seen in the white leagues.

As is evident from Beer’s copious research, Charleston was as famous in black baseball circles as any other figure for most of his four decades on the field. He interacted in meaningful ways with just about every player, manager, owner, writer and scout, important or otherwise, in black professional baseball history—indeed, in a “six-degrees of separation” game, the nexus of just about any two players or executives would lead through Charleston. 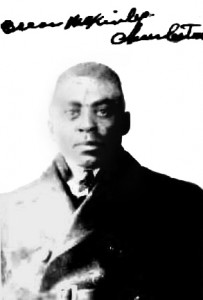 It’s this long tenure in various capacities that moves Charleston from superstar player to the short list of the most influential men in black baseball history. While Beer details Charleston’s on-field exploits, he also conveys the respect and status Charleston earned as one of the important figures in the game. Ordinarily, this would make his relative nonrecognition among fans puzzling, but, as Beer notes, it was the perfect storm of timing, lack of a champion to his cause after Charleston’s untimely death in 1954, and outsized personalities of the other Negro League stars that eclipsed his greatness.

Where Charleston ranks among the all-time Negro League greats is of little dispute. A 1999 SABR list places him fourth, behind Paige, Leonard and Bell. Hall of Famer Joe Morgan has him third (Paige, Gibson). Historian Bill James has gone as far as ranking him at No. 4 all-time, including MLB. In any case, Beer’s work reveals a lot about this forgotten, important figure in baseball history, at long last giving him his due as such.

Jerry Milani is a freelance writer and public relations executive living in Bloomfield, N.J. He has worked in P.R. for more than 30 years in college and conference sports media relations, two agencies and for the International Fight League, a team-based mixed martial arts league, and now is the PR manager for FAN EXPO, which runs pop culture and celebrity conventions across North America. Milani is also the play-by-play announcer for Caldwell University football and basketball broadcasts. He is a proud graduate of Fordham University and when not attending a Yankees, Rams or Cougars game can be reached at Jerry (at) JerryMilani (dot) com.
@gbpackjerry
Previous XUMO Renews Partnership with PGA TOUR for 2020
Next Torres, Piniella, Davis, Franco, Lieberman To Be Honored At 40th Annual Munson Dinner February 4