PGA Championship, the First Major of 2020, Airs Live on SiriusXM

Jerry Milani August 3, 2020 News, On The Air Comments Off on PGA Championship, the First Major of 2020, Airs Live on SiriusXM 954 Views

SiriusXM will deliver listeners nationwide comprehensive play-by-play and talk coverage of the 2020 PGA Championship, taking place August 6th through the 9th at TPC Harding Park in San Francisco, CA.  It will be golf’s first major championship played in 2020 due to schedule adjustments made necessary by the COVID-19 pandemic and SiriusXM will bring listeners inside the ropes with a team of broadcasters calling the action both from remote studio locations and on site at TPC Harding Park.

Live hole-by-hole coverage, which SiriusXM will co-produce with Westwood One, will air starting at 4:00 pm ET/1:00 pm PT on Thursday, Friday and Saturday.  On Sunday, live coverage will begin at 3:00 pm ET/noon PT.  PGA Championship programming will air nationwide on the SiriusXM PGA Tour Radio channel (SiriusXM.com/golfonsxm), which is available on SiriusXM radios (channel 208 or 92), on the SiriusXM app, and at home with Amazon Alexa, the Google Assistant or however subscribers stream in the house.

For this year’s event, with the safety of the production team a top priority, SiriusXM will be employing a unique broadcasting set-up that will limit the number of personnel on site at the event while maintaining a high level of coverage that fans will enjoy. SiriusXM golf play-by-play voice Brian Katrek will broadcast with analysts Mark Carnevale and Carl Paulson from remote studios in Orlando, FL, using a bank of video feeds that will enable them to call action happening around the course.  SiriusXM’s Dennis Paulson and Westwood One’s Kevin Kugler will be on the course at TPC Harding Park as roving reporters, following key playing groups during the Championship.  SiriusXM’s Fred Albers and John Maginnes, broadcasting from their home studios in Texas and North Carolina, respectively, will also serve as reporters on the broadcast, using special video feeds to call shots.

SiriusXM host and leading swing coach Jim McLean, broadcasting from his home in Miami, will have a special video feed of the practice range at TPC Harding Park and will provide live updates and commentary as key players are warming up before their rounds.  SiriusXM’s Taylor Zarzour and Jason Sobel will remotely conduct post-round interviews with players coming off the course via video conference. 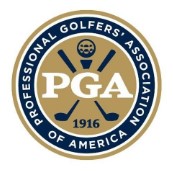 “It has been a long wait for major championship golf this year and we are very pleased to be bringing our listeners The PGA Championship live,” said Scott Greenstein, SiriusXM’s President and Chief Content Officer.  “The safety of our talent and staff is our top priority and so we are making some important adjustments to our coverage amid these unique circumstances.  I am very proud of our team, and by virtue of their skill and hard work, and with excellent collaboration with the PGA of America, we will deliver our listeners the extensive, unparalleled coverage they expect from SiriusXM.”

Listeners can also tune in to pre-round coverage each day leading into the live tournament broadcast to hear an in-depth preview of the day ahead and get live reports from on the course.

On Thursday and Friday, veteran broadcaster Gary McCord, who has called 33 PGA Championships over the course of his career, will join Colt Knost and Drew Stoltz to co-host special pre-round editions of Gravy and the Sleeze, airing from 1:00 to 4:00 pm ET leading into live play-by-play.

PGA Professional Bob Ford, who has competed in 10 PGA Championships and has long been one of the country’s preeminent club professionals, will host the PGA Championship pregame show before the Saturday and Sunday coverage with Mark Lye, Carl Paulson and Kraig Kann.  Lye and Kann will host the channel’s post-round coverage after play is completed each day.

In addition to live play-by-play, SiriusXM will provide fans with an extensive schedule of daily golf talk and PGA Championship analysis throughout Championship week.  Visit SiriusXM.com/golfonsxm for a daily schedule.

Jerry Milani is a freelance writer and public relations executive living in Bloomfield, N.J. He has worked in P.R. for more than 30 years in college and conference sports media relations, two agencies and for the International Fight League, a team-based mixed martial arts league, and now is the PR manager for FAN EXPO, which runs pop culture and celebrity conventions across North America. Milani is also the play-by-play announcer for Caldwell University football and basketball broadcasts. He is a proud graduate of Fordham University and when not attending a Yankees, Rams or Cougars game can be reached at Jerry (at) JerryMilani (dot) com.
@gbpackjerry
Previous Georgia Soul, Crosstown Win Women’s, Men’s Elite Brackets At Inaugural 360 Hoops Invitational
Next Heineken Channels In-Game MLS Experience With Stadium In A Box Promotion