The National Lacrosse League (@NLL), the world’s largest and most successful professional lacrosse league, and ESPN today announced the schedule of 10 regular season games to be broadcast on its linear networks during the upcoming 2022-23 season. The slate, which will feature games on ESPN2, ESPNU and ESPNews, begins with a matchup between Philadelphia and Halifax on Friday, December 2, on Face Off Weekend. On Friday, December 16, ESPN2 will showcase the Las Vegas Desert Dogs in their inaugural home game when they face Panther City at 10:30 p.m. ET.

“Our expanded relationship with ESPN continues to provide added exposure for our teams and our athletes across all platforms, which will again help expose not just the NLL, but the sport of lacrosse to a larger audience of fans throughout the winter and spring,” said NLL Commissioner Brett Frood. “This schedule, along with our larger schedule on TSN across Canada, will keep helping us raising the bar, and the enterprise value, for all. We can’t wait to get the season started.”

The ESPN TV schedule is as follows (all times ET, schedule subject to change):

Other highlights of the ESPN linear broadcasts include:

· American born, Joe Resetarits (Hamburg, NY) and his new team, the Philadelphia Wings open the season at Halifax, December 2 on ESPNews. Resetarits holds the record for most points scored in a single season by an American with 111 which he set last season with the Albany FireWolves. He was also tied for the league lead in goals with 47 a year ago.
· The 2022 NLL Champion Colorado Mammoth raise their championship banner in their first home game on January 7 on ESPNU against the Calgary Roughnecks who they defeated in the quarterfinals on their way to the championship.
· The Buffalo Bandits travel to San Diego for an East/West showdown, March 25 on ESPNews.
· Reigning Rookie of the Year, Jeff Teat and the New York Riptide, take on 2017 MVP, Lyle Thompson and the Georgia Swarm, on March 31.
· A rematch of last season’s thrilling East Conference Finals between Buffalo and Toronto on April 1 on ESPNU, is also being featured as the NLL Game of the Week on TSN for Canadian viewers. These two teams will also play on April 22.
· Seals’ free agent acquisitions Curtis Dickson and Kevin Crowley will play the Colorado Mammoth on April 14 on ESPNU in what could decide the top seed in the West Conference.

The NLL has also announced the two broadcast teams for the season. Back on the call will be play-by-play voice Brendan Glasheen (@BrendanGlasheen) and analyst Mitch Belisle (@MBelisle85). The second broadcast team will be Cooper Perkins on play-by-play and Nick Ossello on color. Devan Kaney and Tabitha Turner return to report between the benches.

For the second straight year, all NLL regular season games will be distributed on ESPN+, the largest number of live televised games in the history of the league.

The full NLL regular season schedule is available at https://www.nll.com/schedule/full-schedule/.

Jerry Milani is a freelance writer and public relations executive living in Bloomfield, N.J. He has worked in P.R. for more than 30 years in college and conference sports media relations, two agencies and for the International Fight League, a team-based mixed martial arts league, and now is the PR manager for FAN EXPO, which runs pop culture and celebrity conventions across North America. Milani is also the play-by-play announcer for Caldwell University football and basketball broadcasts. He is a proud graduate of Fordham University and when not attending a Yankees, Rams or Cougars game can be reached at Jerry (at) JerryMilani (dot) com.
@gbpackjerry
Previous FIFA World Cup Qatar 2022™ Matches Air Live on FOX Sports on SiriusXM and SiriusXM FC
Next ’80 For Brady’ Trailer Drops 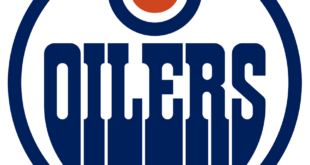 Athletes First Partners (A1 Partners) today announced that they have been retained by the Edmonton Oilers ...