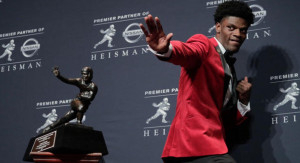 Jackson’s Twitter following of around 139,000 at press time and strong engagement places the value of his posts on the platform at around $2000. With more than three times as many followers on Instagram (492K), Jackson’s posts there are worth about $7000.

See the list of candidates and their estimated values on the chart below: 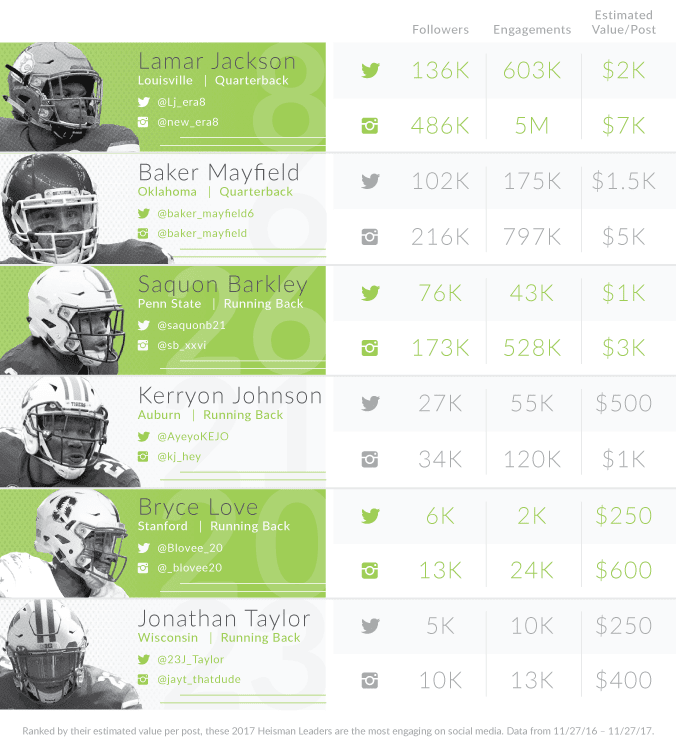 Jerry Milani is a freelance writer and public relations executive living in Bloomfield, N.J. He has worked in P.R. for more than 30 years in college and conference sports media relations, two agencies and for the International Fight League, a team-based mixed martial arts league, and now is the PR manager for FAN EXPO, which runs pop culture and celebrity conventions across North America. Milani is also the play-by-play announcer for Caldwell University football and basketball broadcasts. He is a proud graduate of Fordham University and when not attending a Yankees, Rams or Cougars game can be reached at Jerry (at) JerryMilani (dot) com.
@gbpackjerry
Previous National Lacrosse League (@NLL) Faces Off With 32nd Season Amidst Great Business Momentum, Expansion
Next ESPN’s Steve Levy To Emcee U.S. Hockey Hall of Fame Induction Celebration Wednesday